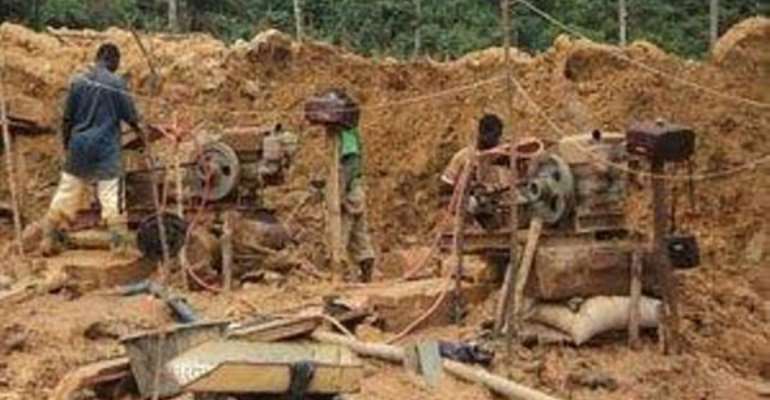 The fight against illegal mining ('galamsey') is going to take a new dimension this week. To this end, a secretariat of the Inter-Ministerial Committee on Illegal Mining was commissioned by President Akufo-Addo during the Christmas season.

With the establishment of the committee, the president remarked, “There is going to be constant, close and effective monitoring and reporting of anti-galamsey activities, so that the right thing is done all the time.”

According to him, “This new phase will demonstrate our resilience and commitment to ensuring that our water bodies, land and forests, with their biodiversity, are not destroyed.”

President Akufo-Addo said the government is entering a new era in its efforts to formalize the small-scale mining industry.

That, he said, is to enable the country achieve sustainable mining with sound environmental practices.

“In the weeks and months ahead, I expect to see optimal co-ordination amongst participating ministries and the district mining committees, as well as close interaction with Operation Vanguard, small-scale miners and the general public. I expect the committee to receive regular reports from mining centres, so that illegal activities can be dealt with immediately,” president Akufo-Addo posited.

With the inauguration of the District Mining Committees, he noted that about 1,400 small-scale miners would be vetted.

“This will enable us to know, in full, their details and whereabouts, and to monitor their activities,” he said.

President Akufo-Addo therefore appealed to the Small-Scale Miners' Association to “help in self-regulation of activities of their members, and also ensure that no one engages in illegal activities, especially mining in our water bodies.”