Zimbabwe drops case against US journalist on Mugabe tweet 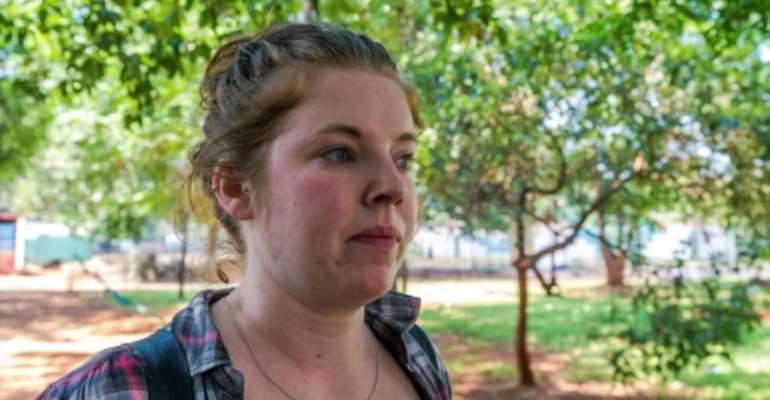 A Zimbabwean court set aside a case against American journalist Martha O'Donovan, seen here on November 4, 2017, who was charged with insulting then-president Robert Mugabe on Twitter. By Jekesai NJIKIZANA (AFP/File)

A Zimbabwean court on Thursday set aside a case against an American journalist who was charged with insulting then-president Robert Mugabe on Twitter.

Martha O'Donovan was charged with subversion and undermining or insulting Mugabe in an alleged tweet in October that described the ageing leader as "selfish and sick".

Mugabe, 93, was toppled in November after a military takeover ended his 37-year rule.

The court dropped the case after prosecutors failed to meet a deadline to say when they would be ready to proceed with a trial.

"We are glad that the court has honoured its promise and removed our client from remand," O'Donovan's lawyer Obey Shava told journalists.

"I would not agree with the notion that there was any case in the first place."

The arrest of O'Donovan and the seizure of her laptop in a dawn raid at her apartment came weeks after Mugabe appointed a cyber-security minister tasked with policing social media.

Mugabe's former deputy Emmerson Mnangagwa abolished the portfolio when he appointed his own cabinet, which included former members of the military.

O'Donovan, who was on bail, worked for Harare-based Magamba TV, which describes itself as a producer of political satire and comedy.

Teachers Are Better Off Under NPP Than NDC — Education Minis...
8 minutes ago

COVID-19 Still With Us, Follow Protocols – Okoe Boye To Ghan...
16 minutes ago