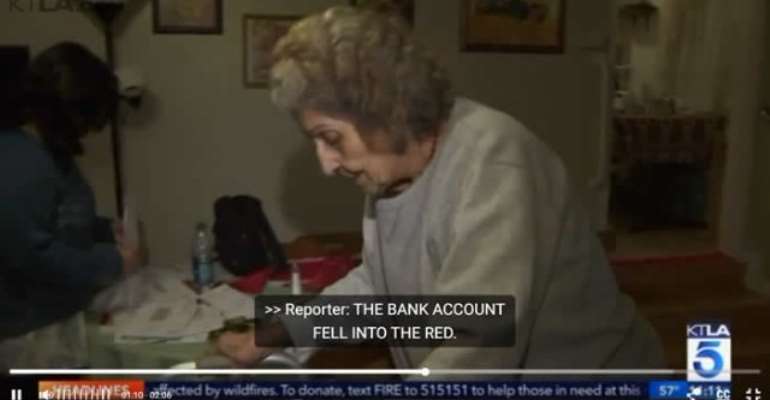 An 89-year-old California woman said she is struggling to prove to the government that she is alive after being mistakenly declared dead.

Carmen Gonzalez, of Glendale, said her Social Security checks stopped arriving in October and when her family asked why, they were told someone had reported Gonzalez dead.

"We had to contact SSI and ask them, you know, 'What's going on?'" Doris Langoria, Gonzalez's granddaughter, told KTLA-TV. "And they said, 'Well, your grandmother is deceased.' And I said, 'No, she's not.' And I said, 'How can you declare her deceased with no death certificate?' And they said, 'Well, the home health centre said that she was deceased.'"

Langoria said the mistake sent ripples through Gonzalez's life, including cancelling her Medicare and Medi-Cal coverage.

"She just can't go out and get whatever she needs for her health," Langoria said.

The family said Social Security's records showed Gonzalez was declared dead Oct. 5, the day she was discharged from York Healthcare and Wellness Centre in Highland Park.

The family said Social Security is now telling them the error will be corrected.

A Walnut Creek, Calif., woman found herself in a similar situation in 2010, when Social Security wrongly determined she had died on the same day that her husband died of heart problems. Doris Temple, then 85, said she lost thousands of dollars as a result of the error, which led to her losing her healthcare benefits and payments from her husband's IBM pension.

"It's hard to bring someone back from the dead," Temple's son, Robert, said at the time.

How Slain Mfantseman MP Begged Killers To Follow Him Home Fo...
13 minutes ago