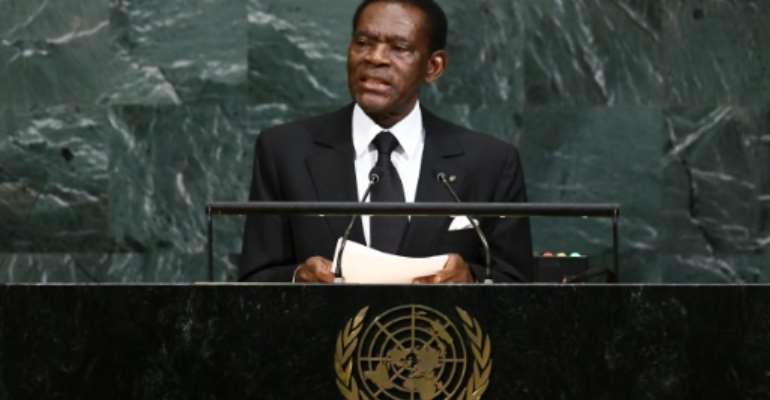 The plot had been prevented thanks to an operation carried out "in collaboration with the Cameroon security services", he said.

The announcement came after Cameroon on December 27 arrested 38 heavily-armed men on the border with the tiny state.

The suspects, taken into custody in a bus on the border, had rocket launchers, rifles and a stockpile of ammunition, according to his office.

On Saturday, the 75-year-old Obiang said "a war" was being prepared against his regime, "because they say I have spent a lot of time in power".

Obiang has been president for more than 38 years.

He took power in a coup on August 3, 1979, ousting his own uncle, Francisco Macias Nguema, who was shot by firing squad. He was re-elected to a fifth seven-year term in 2016.

Equatorial Guinea is one of sub-Sahara's biggest oil producers but a large proportion of its 1.2 million population still lives in poverty.

In 2004, mercenaries attempted to overthrow Obiang in a coup thought to be largely funded by British financiers.

Mark Thatcher, son of former British prime minister Margaret Thatcher, was reportedly involved in the funding and was convicted and fined in South Africa.

In October last year, a French court handed down a three-year suspended jail term to Obiang's son, Teodorin, who is also vice president, after convicting him of siphoning off public money to fund a jet-set lifestyle in Paris.

He was accused of spending more than 1,000 times his official annual salary on a six-storey mansion in a posh part of the French capital, a fleet of fast cars and artworks, among other assets.

His lawyers said they would appeal the ruling.