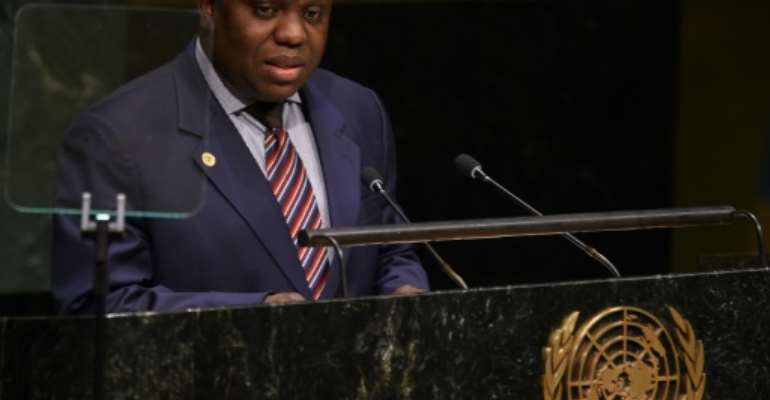 Kalaba, who was appointed in 2014, wrote a scathing message on social media on Tuesday, lashing out at the state of the ruling Patriotic Front party.

"We cannot proceed to manage national affairs with cold indifference when the levels of corruption are swelling and being perpetrated by those who are expected to be the solution," Kalaba wrote.

"It would appear that the poor Zambians have ceased to be the reason we are holding power."

Kalaba is seen as a successor to Lungu, but Lungu is planning to run again for office in 2021 in a bid that his critics say is unconstitutional as he has already served two terms -- the maximum permitted by law.

Lungu became president in 2015 after the death of president Michael Sata and was reelected in 2016.

Kalaba said that he had submitted his resignation letter, but the presidential spokesman said that it not officially been received.

"We have not seen his letter. He has not brought it here," Amos Chanda told AFP.

Kalaba was not available to comment, but foreign ministry officials confirmed to AFP that he had resigned.

"The resignation of Harry Kalaba vindicates many people who have expressed concern about the levels of corruption," he said. "It's time we see real action from President Lungu."

Recent allegations of corruption have focused on the state's procurement of 42 fire trucks for $1 million (830,000 euros) each, a $1.2-billion road project and the purchase of 50 ambulances for $228 million.