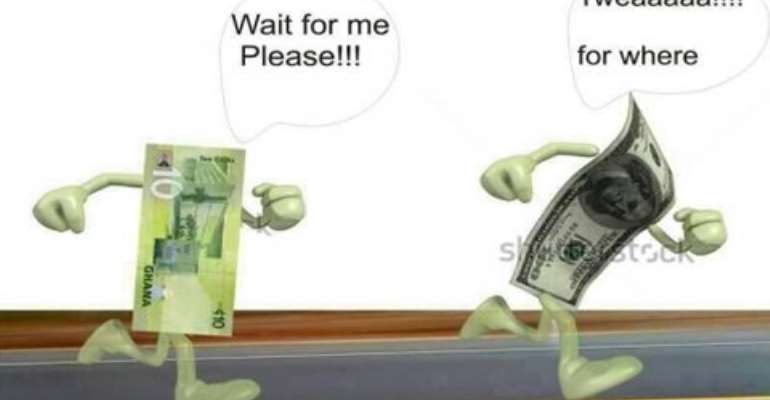 The Ghana cedi is projected to hit 6 cedis to a dollar by 2022, according to a prediction of the Economist Intelligence Unit, a specialist publisher in the UK.

The Economist Intelligent Unit, which has operated for about 60 years also warned that the local currency may suffer some external pressures that may cause the cedi to depreciate by next year.

According to the figures captured in its latest report, the cedi may suffer some depreciation by end of this year—2018.

The report cited the tighter monetary policy in the US from the latter part of this year into next year, and the renewal of political uncertainties associated with Ghana’s 2020 elections, as the basis for the prediction.

As at this morning (January 3, 2018) the dollar was trading at 4 cedis 42 pesewas to the cedi on the interbank foreign exchange market.

This is slightly higher compared to the 4 cedis 35 pesewas average recorded last year.

But for the early part of this year, the Unit is hopeful that revenue from Ghana’s oil and gas sector coupled with the confidence reposed with the country’s continuous ties with the International Monetary Fund (IMF) will support the stability of the cedi.

Meanwhile, the Unit is hoping that Ghana’s inflation would reduce in relation to the Bank of Ghana’s target of 8 percent plus or minus 2, this year.

This, the report attributes to tighter fiscal policy compared with the profligacy in the previous five years, which inched inflation to about 20 percent between 2015 and 2016.

On Ghana’s programme with the IMF, the report stated that key priorities for the Fund in its dealings with Ghana before it ends in April 2019, will remain to enforce fiscal consolidation, as well as the restructuring of the debt-ridden, state-dominated energy sector, and efforts to strengthen the local banking sector.