Chamber Of Commerce In A Good Position For Prosperity 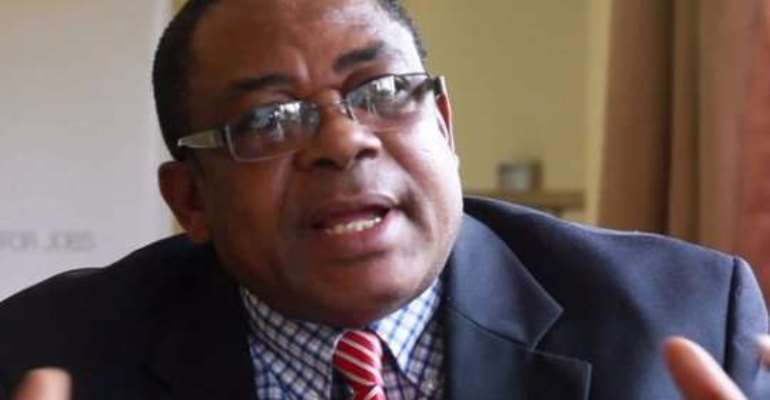 The Ghana National Chamber of Commerce and Industry (GCNCI) is working out strategies to partner with foreign investors to maximise the benefits from the implementation of the Government's One District One Factory (1D1F) Programme.

The President of the Chamber, Nana Dr. Appiagyei Dankawoso I, who told media practitioners at a soiree, said its members were beefing up their capacities to meet the demands of the industrialisation programme with specialised products and services in the value chain.

The Chamber is conducting a value chain analysis of the programme to identity the opportunities and roles for members in the chain to ensure that the factories to be set up do not suffer the ill-fate of the numerous post -independence factories set up by the Government.

Its Technical Team is also receiving proposals from members and fine-tuning them to be fit for purpose before they are submitted to the Ministry of Trade, while creating opportunities for members to attract investments through international forums.

Nana Appiagyei said members were happy that the programme was private sector-led, explaining that businesses would thrive if they rather devoted to the specific areas of their expertise so that their specialised delivery would create more jobs and meet customer demand satisfactorily.

'In response to Government's industrial transformation agenda that emphasises strong private sector participation, the Chamber has stressed on the need to organise our industries along value chain towards industrial development,' he stated.

'The Chamber's Industrial Value Chain Project, therefore, is to essentially gather data to inform government's policy as well as attract investment to the nodes along the chain. President Akufo-Addo has given his endorsement of the project and we are asking other stakeholders to support this initiative.'

Nana Appiagyei lauded the various initiatives that were being extended to support businesses that would operate under the 1D1F such us the Government's stimulus package for distressed factories; Exim's Bank competitive-interest rates loans and GCB Bank's One Billion Ghana cedi Fund to support those who wanted to kick-start their businesses.

He praised the Government for its receptiveness to the recommendations of the Chamber, saying they had been incorporated in many policies.

'We welcome the implementation of the mobile interoperability, the digital address system and the National Identification Scheme to help formalise the economy as well as minimise the risks associated with access to credit,' Nana Appiagyei said.

'It is our expectation that Government will constantly seek to improve the business environment through regulatory impact assessment and reforms as well as hold consultative forums for public-private sector dialogue towards making businesses in Ghana competitive both locally and internationally.'

On why it was important to embrace foreign partners in the programme, the Chamber said in the field of export they needed the knowledge, resources and expertise to leap frog, but it was hopeful that Ghanaian entrepreneurs would dominate and take charge eventually.

Nana Appiagyei also expressed the hope that the Ghana Investment Promotion Centre would amend the regulation on the unbridled repatriation of profits to foreign land so that significant revenues would be reinvested in Ghana to stabilise the economy in a reply to a question about the issue.

It also organised 62 trade fairs and trade missions around the world and organised its first Business Awards.

Nana Appiagyei said the Chamber planned to do more this year and urged members to take full advantage of its activities to transform their businesses.