Analysis Of The CHRAJ Report—My Views As An Upcoming Auditor 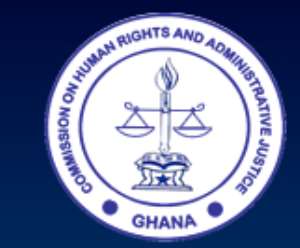 Disclaimer: Please note that whatever details I am providing here is 100% mine. It has nothing to do with any company I have worked for and or currently working for, and should be treated as mine and nothing more.

In addition to the disclaimer above, the analysis I am submitting here is not based on my political affiliation with any party – I am just exercising my right as Ghanaian. It is clearly an interpretation of the work done by CHRAJ as it relates to assurance and attest services. My analysis will be based on my knowledge and experience gained in the field of audit – specifically, evidence collection, review and reporting.

I will begin this article by praising CHRAJ for a great job done in the field. Reading through the detailed report, one could see that the commission did a great job in obtaining and reviewing evidence relevant to the petition.

Largely, the petition centered on two big issues; that the Minister for finance and the Ministry of Finance breached laws around government borrowings in the first case; and that the Minister for Finance had Conflict of Interest in the issuance of the USD2.25 billion bond that was issued earlier this year. The Commission made it clear that the first claim is genuine – several rules were breached; a summary of which include those I consider serious from audit stand point, and are relevant to the determination of conflict of interest or otherwise. I am summarizing them as follows based on the report;

However, the 2nd Quarter Issuance Calendar presented to the BOG by the Respondent dated 30th March 2017 and dispatched by email same day at 12:31 PM, made provision for the issuance of 7-year and 15-year bonds, which the Respondent indicated expressly that Settlement was to be on 3rd April 2017.

See pages 133 – 141 for complete list. I agree with the commission as far as the policies, rules and regulations are concern (several rules were breached), I will therefore not go into that part of the allegations. I will look at the conflict of interest.

In cases like this, agreed upon procedures would be recommended. That is, management (in this case government) will provide set of rules (the constitution) guiding an issue (conflict of interest); and then ask the investigator or auditor to verify that an action (the USD 2.25 billion) is or is not in compliance with the rules and regulations (constitution); and hence, conflict of interest.

The commission used the 1992 constitution as the rules to guide the investigation. At Page 129 of the Commission’s report, it states that “Article 284 of the Constitution (under Chapter 24) provides that a public officer shall not put himself in a position where his personal interest conflicts or is likely to conflict with the performance of his functions.” The work becomes easy here then; one just need to take the directives of this Article and compare it to the actions and make a conclusion. As stated in the report, article 284 of the Constitution states that, to arrive at a conclusion that a public officer is in conflict of interest, it is required to prove all the issues listed under column A:

Conclusions reached by the Commission regarding conflict of interest:

“On the basis of the foregoing, it is reasonable to conclude that though there was the significant potential that the Respondent's personal interest could have been in conflict with his vast personal interest in the securities sector, it was not the case in this specific bond issuance.”

The shocking part of this conclusion is that it is based on the following;

I 100% disagree with the commission on this finding because it contradicts their initial findings that policies and procedures were breached. The book building method comes with procedures that should be followed. Merely calling it book building method, yet deviating from the policies as noted by the commission does not make it book building. Go back to the first “error” the Ministry of Finance committed. They announced the bond as Dollar denominated and misled the public; when they realized the “error”, they took the announcement down without providing the correct information. Meaning, domestic investors still believed the first information and would have stayed out. This favored Franklin Templeton and other foreign investors!

Additionally, the Commission found that the “2nd Quarter Issuance Calendar was sent to BOG at 12:31 PM on 30th March 2017, the BOG made announcements to the public on the reopening of 5- year and 10-year bonds, with an indication that Bids must be submitted electronically through the Auction Module not later than 2:00 p.m. on Thursday March 30, 2017 and Settlement will be on MONDAY APRIL 03, 2017.” Not only did this action contradict the BOG's own rules, it is also a highly suspicious action. The announcement was received at 12:31pm and the electronic bids were to be done by 2pm the same day. How possible could a domestic investor meet this requirement? Less than or about 2 hours between the announcement and the closing of bids?If this does not send an alarm, what will? Foreign investors have competitive advantage over domestic ones in meeting such tight deadlines! Was this therefore done to favor foreign investors?

Note something clearly under the illegality number 5 I listed above. Bond transaction announcements must go to Bank of Ghana first, then they will announce it and communicate with the Bookrunners to make announcements to investors. In the case of this bond however, the bookrunners started announcing the bonds before the BOG received the information from the Finance Ministry. There is a reason for this arrangement. It separates the finance ministry from the bookrunners and the investors. By communicating directly with the bookrunners, the arrangement was clearly usurped. Why?

With all due respect commissioner, the companies mentioned above do not have to purchase the bonds for conflict of interest to exist. You totally ignored the relationship portion of the factors determining conflict of interest; that led to this conclusion. Read the third point in the table above. It says that:

It is noted in the report that the wife of the Minister (Angela Ofori Atta) is co-director with Trevor G Trefgarne who is part of Franklin Templeton Investment Limited (FT). The fact that the minister’s spouse is having that business relation with Trevor G who is a beneficiary of the bond makes it obvious that there is conflict of interest. Conflict of interest arises from financial and relationship interests among others.

Indeed, companies that are bound by conflict of interest rules will not employ you if you have any relationship, be it finance or personal, that can contravene the rules; such relationships include even girlfriends! The basic flow is as simple as this; the minister knows Trevor G Trefgarne; the minister’s wife is a co – director; Trevor G Trefgarne is a director of Franklin Templeton. I am surprise the commission said there is no evidence showing he is a director. The audited financial statements of Franklin Templeton can be found on Google: page 6 of the report listed Trevor G Trefgarne as a board of director. See the pdf version here. With this information, how can the commission arrive at the conclusion that no conflict of interest took place?The minister does not have to receive anything to meet the “benefited from the transaction” portion. If his associates or immediate family members do, the condition is met. An associate did received benefit – thus the interest revenue on the bonds. Unless the Commission wanted to say conflict of interest only happens when you see someone receiving cash……..that is not the case!

How can we say surely say that the Minister did not disclose the bond details to his wife, who then disclosed it to her colleague director to influence the decision of Franklin Templeton which bought 95% of the bonds? The bonds should have been a restricted security for Franklin Templeton because of conflict of interest.

As stated in the report, some may argue that FT bought shares of government before; yes, that is true – the minister of finance then had no relationship with anyone at the company; and trust me if the current Finance Minister was the Agric Minister, there would not have been any issue of conflict of interest. There is because the minister can influence decision making relevant to the issuance of the bond and the same time has some personal relationship with the buyers of the bond.

Now read this funny statement by the commission………

“Thus, from the foregoing, it is evident that the private/personal interests of the Respondent (Finance Minister) relate to the securities sector/ securities market which, if not managed properly a potential conflict with the proper performance of his public functions, especially as Minister for Finance, is eminent.”

Based on the above, how did the Minister manage himself to avoid the conflict of interest? He even breached basic policies and procedures; how can we conclude that he managed conflict of interest when he could not obey simple rules that are required in government borrowings? This is really unbelievable.

To conclude, I must say that the Commission did an excellent job, obtained the relevant facts and detected the requisite exceptions; however, they gave the most unfortunate conclusion ever. The evidence does not in any way support the conclusion. There was serious breach of laws; constitutional and agency level policies. There is sufficient evidence that the minister and his wife have some personal and business relationship with the company that bought the Bond, and as such there is conflict of interest. I however understand the conclusions by the CHRAJ. This type of cases should be handled by independent bodies who would not care about the political ramifications. There is no way a government institution can deliver the true verdict in cases like this because of the political backlash. Just imagine what would have happened if the CHRAJ had concluded that the minister had contravened Article 284 of the 1992 constitution.

Given that I am not a government employee, I hereby state that the Finance Minister contravened article 284 of the constitution and must therefore resign.