2017 In Retrospect; Proceed on leave or stand dismissed! 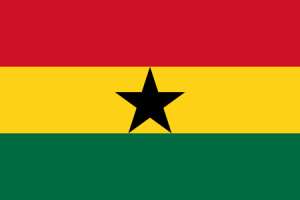 Our political sub-culture of proceed on leave or transfer whenever there is a new government in place did not start today, and I am almost certain will not end with this current administration for obvious reasons. The year seemingly began well after a successful general elections few weeks earlier with lots of hope for Ghanaians.

Unfortunately, that was not to be! Rather, the year was full of uneasiness for at least me, my family and closed associates. 2017 was a year that I was kicked out of my comfort zone and had to abandon my dearest family and friends by relocating to a not too familiar environment in the name of transfer, imbued with political motives, or risk dismissed for apparently not sharing in ‘their’ vision, or shared in ‘their’ pain while in opposition. Surprisingly, while the letter of transfer was craftily written and delivered at a short notice, and with all transfer benefits clearly articulated, six months on, these entitlements have continued to be the black ink on the white paper as was crafted; just as is the case for many others in similar situation. Nonetheless, God has been merciful. Indeed, but for the benevolence of some few true friends, I cannot but only imagine what would have become of my fate in my new duty post, relative to accommodation at such a short notice. Let me accordingly express my heartfelt gratitude to my longtime senior friends and comrades Akwasi and Abdallah for the warm reception they offered me, and my brother and kinsman Majeed, who practically became my agent for his enormous support in helping me secure a rented accommodation. Indeed, I am eternally grateful and God richly bless you.

Admittedly, while we all are political animals with our ingrained predispositions, it is not in my character to openly engage in partisan politics or discuss it in my professional work, and those I have worked with can vindicate me on this position. Again, those who know me closely also know where my political sympathies and leanings are, because like our old folks usually say ‘the party runs in my veins’. But regardless of this, I have great friends and mentors from the other side of the political divide and cherish their friendship and mentorship so much that not even chieftaincy, ethnic and religious orientations can make us break ties.

Permit me however, to say a few things that may sound politically incorrect and defy my very character but nonetheless worth mentioning. With the greatest of respect, this political sub-culture of asking people to proceed on leave, or transfer, or stand dismissed often in the name of the president or by his appointees is not only a scar on our collective conscience but a cancerous practice that could destabilize our nascent democracy and destroy our country. I say this because it does not only make nonsense of true democratic principles of meritocracy but ultimately denies our institutions the best of expertise, experience and institutional memories we need to develop this country. No wonder this practice often leaves us with lots of team ‘B’ or ‘C’ or even ‘Z’ appointees some of whom know next to nothing about their job schedules and don't even give a damn about their KPIs.

But while bemoaning over this unhealthy democratic and constitutional aberration we have all allowed in our body politics, which only benefits the vociferous political activists and known party apparatchiks, it is also about time we started a new conversation -- a new level of political discourse on the kinds of appointments the president can make and a cap on the number. This is important because Article 78 (2) of the 1992 constitution--the supreme law of our land states ‘the president shall appoint such number of ministers of state as may be necessary for the efficient running of the state.’ Without claiming any knowledge in matters of constitutional interpretation or law, I infer this to mean the president has the sole discretion to appoint any number of ministers, deputy ministers and other functionaries as he deems fit, no matter how outrageous the number may be. This does not only create uneasiness in our civil and public services but also encourages this sub-culture of proceed on leave. In fact, the last time I checked, there are numerous examples one can recall from both the past and present governments in the fourth republic of this presidential culpability in which our presidents have had to disappoint one public or civil servant to appoint another. Our democracy cannot continue like this, and hence the need to make some amendments to our constitution to curtail this excessive power of the president.

As Albert Einstein observed, ‘the significant problems we face today cannot be solved at the same level of thinking we were at when we created them.’ Thus, this unhealthy practice of proceed on leave or transfers that has become an integral part of transitions from one government to another across our governance structures, and which we have all looked on cannot be solved, or at least be resolved on the superficial level. We need a new, deeper level of thinking--a paradigm that is based on the principles of meritocracy rather than mere political patronage.

A principle that is accommodative of divergent political views on how to build our country while working together. A principle that differentiates and separates pure political appointments that come and go with governments from civil and public service appointments that are apolitical and transcends governments overtime. I say this because our ministers of state and other political appointees for instance, do not necessarily run the day-to-day administration of the institutions they head, all though they assume some degree of responsibility. They only play a supervisory role over the public and civil servants, who run these institutions, to ensure that the programmes and projects they execute are in synch with the vision of the president and the government in place. This partly explains why President Nana Addo may choose to appoint a chartered accountant to head the Health Ministry or a medical doctor to head the Communications Ministry, as was also the case in the immediate past government. This is largely because they are political appointees with the mandate to exercise an oversight responsibility and report to the president accordingly. But for a government to engage in partisan transfers, or ask of public or civil servants to proceed on leave or risk being dismissed, with the hope of creating opportunities for unmeritorious party faithfuls or cronies, amount to violations of their fundamental human rights and infringements on Articles (17) clauses (2 and 3) of the 1992 constitution.

Thankfully, Ghana is blessed with some of Africa’s finest governance and policy think tanks and civil society organization. These include the likes of IEA, IDEG, CDD, Imani Africa and ISODEC among others. These institutions can draw lessons from other jurisdictions to lead this new conversation to save our fledgling democracy. To this end, I call on these institutions to lead the way in charting a new course towards the building of stronger institutions and systems capable of serving any political party in government fairly. A new conversation that could draw from the best brains across the political divide in the pursuit of our collective interest. And more importantly, a discourse that could curtail the tendency for our presidents to create an almost superfluous jobs in the name of executing his vision.

Again, let me say that political leadership is a social contract entered into by the government and the citizens, in which the citizens cede their power and authority to the government to act and serve in their interest at all times. Therefore, our political office holders are reminded that they are the foremost servants of the people in their respective offices but not their lords. Leadership is a service and thus requires the temperaments of humility, just, tolerance and the mindset of the ‘Big Picture’, and not that of arrogance, greed, discrimination, and partisanship, which have almost become synonymous with some of our contemporary political office holders. Besides, our political leadership is also reminded that the framers of our constitution were also mindful of their possible acts of indiscretion and whimsical exercise of political power, and thus decreed as in Article (1) (1) of the constitution ‘the sovereignty of Ghana resides in the people of Ghana in whose name and for whose welfare the powers of government are to be exercised...................’

As we welcome 2018, it is my ardent wish and prayer that our political office holders would not only be more responsive but open their minds to the ‘Big Picture’ and prioritize meritocracy over partisan cronyism.

What Will The Publication Of 260-Page Cocoa Road Audit Repor...
34 minutes ago