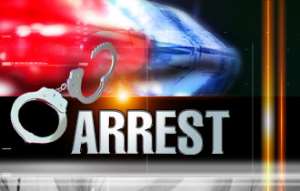 Seven young men are in the grips of the Asankragwa District Police Command for alleged robbery.

Briefing the Ghana News Agency, the Asankragwa District Police Commander, Deputy Superintendent of Police (DSP), Mr Kingsley Owusu-Bempah said on December 24, at about 2130 hrs, Mr Kwabena Yeboah, a businessman at Asankragwa came to the charge office in a Mitsubishi Pick-up with bullet holes in the wind screen and reported that whilst on his way from Moseaso to Asankragwa, about seven armed men ordered him to stop.

He said when Mr Yeboah failed to comply, the armed men started firing gun shots and some of the bullets hit his wind screen but he managed to escape.

Based on the information, DSP Owusu-Bempah said the police begun its investigation and on the same day at 2140 hrs, the police had a tip-off that three young men had gone to the Catholic hospital at Asankragwa with gunshot wounds on the thigh of one of them.

He said the police went to the hospital and arrested Ayipah, Sonata and Bota.

The District Police Commander said during investigations the police detected that the three suspects were among the robbers who had attacked Mr Yeboah and that whiles firing at the victim, a bullet hit one of the suspects.

DSP Owusu-Bempah said the suspects then mentioned names of their accomplices.

He said on December 25, with the help of the Moseaso watch committee, the police managed to arrest Coffie, Adu, Ayarko and Obiri Korang.

The suspects then lead the police to the outskirts of Moseaso, near the cemetery and they retrieved two out of the three guns they used in carrying out the operation.

He said the police were making tireless efforts to recover the remaining guns and that the suspects are still in detention as investigations continues.