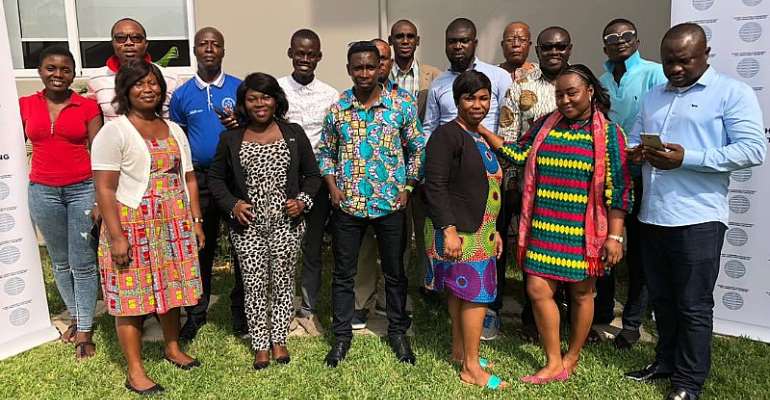 The Greater Accra Metropolitan Area (GAMA) Sanitation and water project in collaboration with the Ministry of Sanitation and Water Resources, earlier this month organized a three-day training programme for some 20 journalists across the various media houses in the country.

The three-day intensive and residential training was held at the International Student's Guest Centre at Abokobi in Accra.

The focus of the training programme was to equip Water, Sanitation and Hygiene (WASH) journalists to support, sensitize and communicate sanitation to the general public.

Tsekpetse Akuamoah Kweku, one of the training instructors and a senior environmental technologist, said, “…the idea behind this training is that we know that as journalists when you pick up any issue you are able to move it beyond what government and individuals can do. So the idea is to train journalists on the new trends and development issues so they can have a better understanding of the issues to report better.”

The training sessions urged journalists to focus on encouraging attitudinal change and inspire action rather than merely relaying information to their audience.

According to a participant of the training, Godfred Sey, the Editor for Rainbow Radio, “we have always done environmental stories but this program has really helped me to see another angle because many at times we write stories and the impact is far less. But it has improved my angle of looking at certain ways of making people listen to my stories and then decide on their own to change their attitudes without anyone necessarily picking up a cane after them.”

Another participant Selorm Amenya, a reporter from TV3 also said, “its been a very good training and the fact that most of the stories we do at times have a certain focus; there is rubbish here or there, the conditions In our cities are not good and we always want to put the fire on government because we want to keep it on its toes.”

The GAMA Sanitation and water project is a project sponsored by the World Bank under the Ministry of Sanitation and Water Resources to help lower income level communities have access to affordable toilet and water facilities.