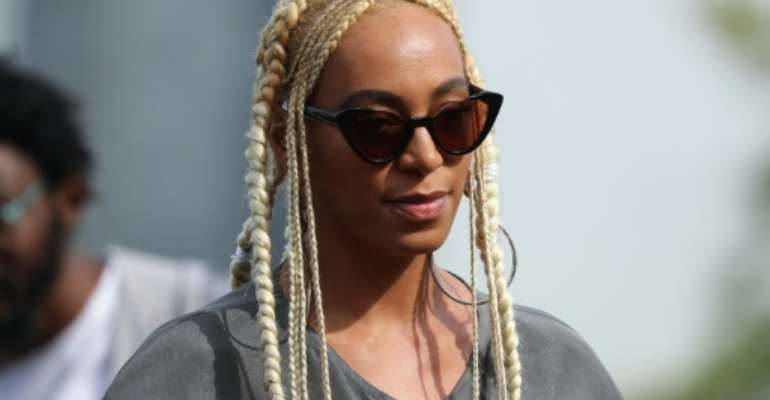 Solange had been due to headline the inaugural Johannesburg edition of Afropunk, a festival that showcases cross-cultural connections in alternative music. By JP Yim (GETTY IMAGES NORTH AMERICA/AFP/File)

The experimental R&B singer Solange has revealed a struggle with an autonomic disorder as she canceled a New Year's Eve performance in South Africa.

Solange, the younger sister of pop superstar Beyonce, said doctors had advised her not to make the long journey from the United States.

"The past five months I have been quietly treating, and working through, an autonomic disorder. It been a journey that hasn't been easy on me," she wrote on Instagram on Wednesday.

"Sometimes I feel cool, and other times not so cool at all," she wrote.

Autonomic disorders are dysfunctions of the nervous system, which can have wide effects on the body's functions. Solange did not reveal further details on her condition.

Solange had been due to headline the inaugural Johannesburg edition of Afropunk, an increasingly influential festival born in Brooklyn that showcases cross-cultural connections in alternative music.

Solange voiced deep regret for missing the festival in South Africa, a country that she said has "tremendous meaning for me."

The 31-year-old singer won wide critical acclaim and commercial success last year with "A Seat at the Table," an introspective album that reflects on the state of black America.