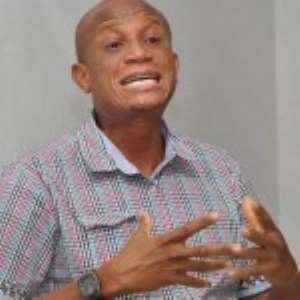 The government has explained that only GHS1.5million is “directly available” to the Ministry of Special Development Initiatives per its budget out of the over GHS1billion “appropriated ceiling made available in the 2018 Budget for the three Development Authorities to validate, properly budget with, plan and execute their on-ground projects, once established”.

A statement signed by Minister of Information Mustapha Abdul-Hamid, said the Minister of Special Development Initiatives, Hawa Koomson, “plays only a supervisory role over the Development Authorities and, thus, does not execute their projects and programmes directly.

“Accordingly, out of the over GHS1 billion that is at issue, only GHS1.5 million is available to the Ministry directly; the rest of the amount is only an appropriated ceiling,” the statement explained, adding that: “The Development Authorities would be required by the Public Management and Financial Act (PFMA) to adhere to strict procedure as outlined by the law, and which aims to prevent wastage and dissipation of public funds.”

The clarification by government follows widespread outrage expressed by Ghanaians, especially the Minority in parliament, civil society organisations and ant-graft agencies, against the over GHS1billion budget approved by parliament for the Special Development Initiatives ministry.

The Minority called for Mavis Hawa Koomson’s resignation following the budget approval, describing her as “incompetent” to be at the helm of affairs.

In the same budget, GHS800,000 was allotted for the construction of a website, which she later explained away as an error. The figure, Ms Koomson noted, was GHS80,000.

Below is the full statement issued by the Minister of Information:

27th December, 2017
For Immediate Release
STATEMENT ON THE 2018 BUDGET OF THE MINISTRY OF SPECIAL DEVELOPMENT INITIATIVES

Government has taken note of the public discussions generated over the 2018 budget estimates of the Ministry for Special Development Initiatives. Whilst commending the interest shown by Members of Parliament, sections of the media, and citizens, in ensuring that the State is efficient in its expenditure, it is important, however, to reject the false claims by some that the Ministry’s budget intention is to misappropriate or misapply state funds in this case.

1. The matter of the Actual appropriated amounts
The process of budget preparation requires initial estimates, setting of expenditure ceilings by the Ministry of Finance, and the passing of appropriated ceilings by Parliament. It is important to note that, in this case, the final Appropriations Bill, as passed by Parliament, has set forth the true picture, which is significantly different from the document in circulation. The Appropriated Bill is available on the Ministry of Finance’s website. For example, regarding the Community Water Systems, ambulances and school facilities (including classroom blocks with ICT centres and other amenities), government notes that the projected costs as submitted by the Minister and approved by Parliament are within the market competitive range for such projects. For example, per the specification given the Ministry by the Ghana Ambulance Service, it costs between one hundred thousand and one hundred and fifty thousand United States Dollars to purchase one ambulance. The United States Dollar equivalent of what the Minister stated in the budget is 80,000 Dollars. The kind of water system that is envisaged under this programme has cost other institutions as much as GH¢167,000 to build. In any event, when the Development Authorities are in place, they will be responsible for the execution of these projects based on competitive pricing. The public will be better served if discussions on this matter are based on the official final appropriated amounts, which are those which bind the public purse.

3. The matter of whether or not the Development Authorities Concept will amount to wasteful administrative expenditure

The establishment of the three Development Authorities is to ensure a bottom-up approach to development, which takes control of local development away from a central authority. With the establishment of the three development authorities, part of the yearly national allocation for capital expenditure, will be taken and directly allocated to all 275 constituencies across the country to be administered by the Development Authorities to ensure that the traditional inefficiencies of centralized capital expenditure is cured. The balance of GH¢1.198 billion has now been approved for the Authorities to develop projects with and expend accordingly commencing with the 2018 budget. The establishment of the Development Authorities to administer expenditure of the equivalent of $1 million per constituency was a specific manifesto commitment of the ruling New Patriotic Party, as amplified by several pronouncements of its presidential ticket in the 2016 election campaign, and government is determined to implement to the letter this vision which will ensure equitable distribution of amenities and opportunities to every community up and down the country.

4. Protecting the Public Purse
Now that appropriation is complete, there are enough safeguards to ensure that value for money audits are conducted at each procurement stage when the Development Authorities are established and commence their work. The Public Financial Management Act requires processing such as issuance of commencement certificates (which require benchmarking of projected expenditures). The Procurement processes additionally require value for money assessments. The processes for releasing funds at the Finance Ministry since 2017, in strict accordance with the PFMA have been extremely diligent leading to huge savings to the public purse this year, a reason for which government has been accused for not spending enough. The processes will continue to remain extremely disciplined in 2018 and beyond, and are the ones that really determine how safe the public purse is.

5. Conclusion
Whilst we acknowledge that such public scrutiny, especially of budgets, helps to ensure the protection of the public purse, we would urge, especially media practitioners, to focus on the official final appropriations, as well as what the actual processes are, including the inherent checks and safeguards therein. Sweeping statements and categorizations which are not informed by the actual official processes and amounts, will lead to flawed analysis, which is unhelpful to Ghanaian democracy.