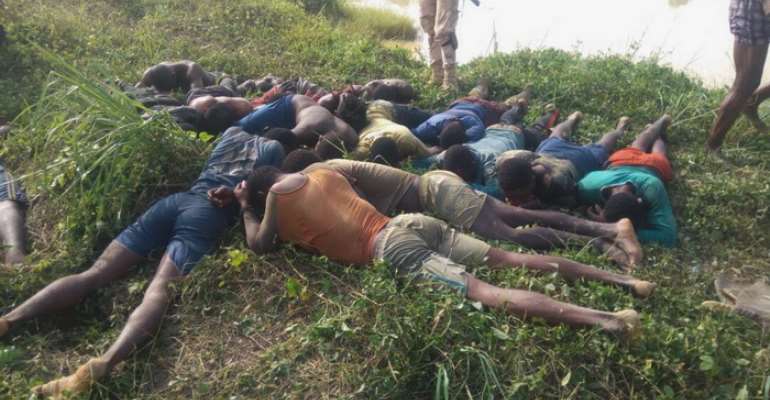 Fourteen illegal miners operating on the Offin River at Manso Keniago in the Amansie West District of the Ashanti Region have been arrested.

The galamsey operators, who were arrested by a combined team of the Ghana National Association of Small Scale Miners (GNASSM), the Amansie West District Assembly’s task-force and the police, have been handed over to the Manso Nkwanta police for further action.

Over 40 different mining equipment intercepted in the operation were destroyed. 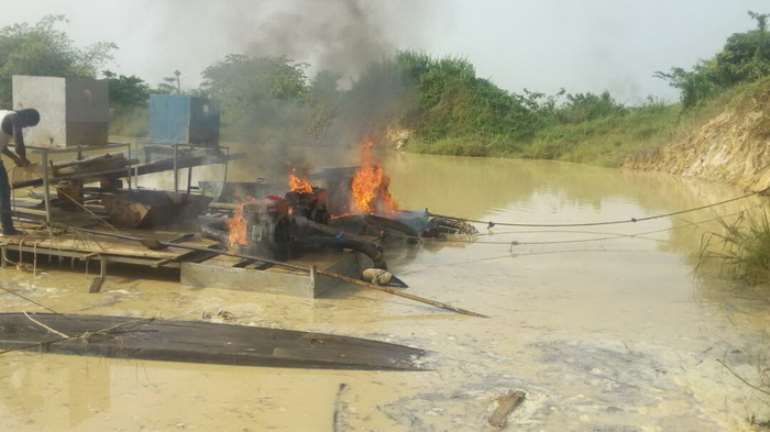 Operation Final War
The arrest followed the launch of “Operation Final War” by the Amansie West District of Ashanti region, meant to launch a final onslaught on recalcitrant illegal miners and bring them to face the law.

Speaking to journalists on the first day of the operation, the District Chief Executive (DCE) of Amansie West, William Bediako Asante, said the sustainability of the three-day exercise was necessary to bring down the curtain on illegal mining on the Offin river in the district, and protect the river against pollution.

According to him, the Assembly’s efforts to stop illegal mining activities were on course.

The DCE said some people had invaded the district to engage in galamsey, and warned that such people would not have their way, urging the recalcitrant persons to stop their activities and leave the area to avoid drastic consequences.

He commended the team spirit and resilience of the task-force, and pledged the Assembly’s total support to ensure the success of the operation.