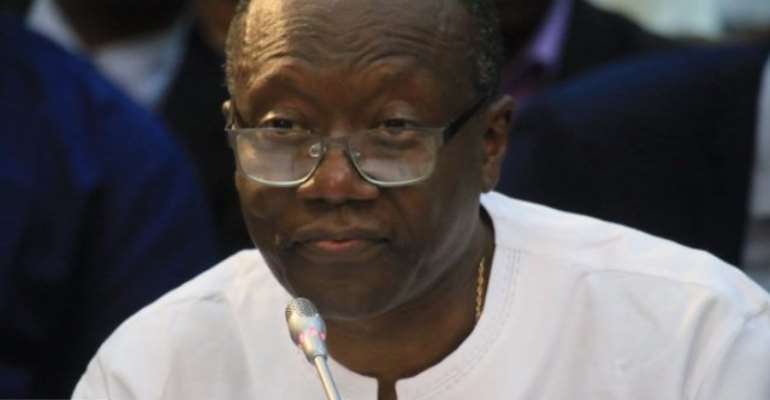 Two key parliamentarians are concerned cuts in budgetary allocation to some ministries in the 2018 budget will negatively impact the economy.

Government is giving the Roads and Highways Ministry GH¢533 million next year compared to GH¢871 million in 2017.

The ranking member of Parliament’s Transport Committee, Kwame Agbodza, is convinced the government lacks commitment to developing the road sector.

Mr Agbodza is, therefore, asking the government to introduce fresh taxes to help deal with the roads problem.

“Apart from the fact that the budget for the Ministry has been reduced by more than GH¢200 million, you will notice that in 2017 they promised to do a couple of things having been given almost GH¢800 million [but] as far as I am aware, they haven’t built one millimeter of road...they haven’t constructed one single road yet,” he said.

Meanwhile, there are similar complaints at the Ministry of Lands and Natural resources.

The allocated GH¢347 million for the Ministry in the 2018 budget has been criticised as inadequate.

Deputy Minority Spokesperson on Lands and Natural Resources, Kwabena Mintah Akando, says 2018 will be a bad year for the sector.

“The Ministry of Lands and Natural Resources is such an important economic ministry and I think that if we are able to look into that direction we will get a lot of benefit from that ministry,” he said.

2018 budget
The Finance Minister delivered the 2018 Budget and Financial Statement in parliament on Monday, November 15, 2017.

The Nana Akufo-Addo government intends to spend an estimated 62 billion cedis in the 2018 financial year.

During his delivery of the 2018 budget, the Finance Minister Ken Ofori-Atta announced that government intends to grow the economy by 6.8 percent in 2018.

This represents a 0.5 percent increase, compared to 2017 which was pegged at 6.3 percent.