The Christmas Adventure Around The World 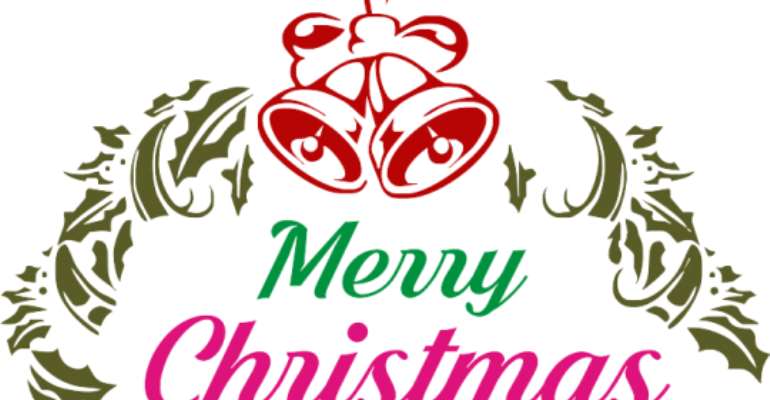 Christmas is celebrated to remember the birth of Jesus Christ, who Christians believe is the Son of God.

The name 'Christmas' comes from the Mass of Christ (or Jesus). A mass service (which is sometimes called Communion or Eucharist) is where Christians remember that Jesus died for us and then came back to life.

The 'Christ-Mass' service was the only one that was allowed to take place after sunset and before sunrise the next day, so people had it at midnight. Therefore we got the name 'Christ-Mass', shortened to Christmas.

Christmas is now celebrated by people around the world whether they are Christians or not. It's a time when family and friends come together and remember the good things they have. People, especially children, also like Christmas as it's a time when you give and receive gifts.

No one knows the real birthday of Jesus. No date is given in the Bible, so why do Christians celebrate it on the 25th December? The early Christians had many arguments as to when Christmas should be celebrated. Some argued that the birth of Jesus did not happen in the year one but slightly earlier, somewhere between 2 BCE/BC and 7 BCE/BC, possibly in 4 BCE/BC.

The first recorded date of Christmas being celebrated on December 25th was in 336, during the time of the Roman Emperor Constantine (The first Christian Roman Emperor).

A few years later, Pope Julius I, officially declared 25th December to be celebrated as the birth of Jesus.

However, there are many different traditions and theories explaining why Christmas celebrates the birth of Jesus on December 25.

An early Christian tradition said that the day when Mary was told that she would have a very special baby, Jesus (called the Annunciation) was on March 25th - and it is still celebrated today on the 25th March.

Nine months after the 25th March is the 25th December

March 25th was also the day some early Christians thought the world had been made, and also the day that Jesus died on when he was an adult. The date of March 25th was chosen because people had calculated that was the day on which Jesus died as an adult (the 14th of Nisan in the Jewish calendar) and they thought that Jesus was born and had died on the same day of the year.

Some people also think that December 25th might have also been chosen because the Winter Solstice and the ancient pagan Roman midwinter festivals called 'Saturnalia' and 'Dies Natalis Solis Invicti' took place in December around this date - so it was a time when people already celebrated things.

How Christians celebrate Christmas in different parts of the world

For instance, in Argentina, the weather is warm at Christmas so preparations for Christmas begin very early in December and even in November.

Many people in Argentina are Catholics and so houses are beautifully decorated with lights and wreaths of green, gold, red and white flowers.

Red and white garlands are hung on the doors of houses and Christmas Trees are decorated and people like to put cotton balls on the trees to represent snow.

Christmas Cards aren't common in Argentina although some people give and receive gifts, it's mostly between close family and friends. The main Christmas celebrations take place on Christmas Eve. Many Catholics will go to a Mass in the late afternoon.

The main Christmas meal is eaten during the evening of Christmas Eve, often about 10pm or 11pm. It might be served in the garden or be a barbecue.

Some popular dishes include; roasted turkey, roasted pork (in northern Argentina, some people will have goat), stuffed tomatoes, salads and Christmas bread and puddings like 'Pan Dulce' and Panetone.

At midnight there will be the sound of lots of fireworks! People also like to 'toast' the start of Christmas day. Some people like to go to midnight services, but other prefer to stay at home and let off fireworks and then open their presents under the Christmas tree.

In Finland people believe that Santa Claus or Father Christmas lives in the north part of Finland called Korvatunturi (or Lapland), north of the Arctic Circle. People from all over the world send letters to Santa Claus in Finland.

There is a big tourist theme park called 'Christmas Land' in the north of Finland, near to where they say that Father Christmas lives.

It means that Santa doesn't have far to travel on Christmas Eve to deliver presents to people in Finland. If he doesn't get a chance to deliver the presents personally, he will often leave them under the Christmas tree.

In Finnish Happy/Merry Christmas is 'HyvÃ¤Ã¤ joulua'. Everyone tries to be at home for Christmas, including fishermen who try to get their boats into the harbour by December 21st, St. Thomas' Day

Animals are given their own Christmas in Finland, with farmers sometimes hanging a sheaf of wheat on a tree to be eaten and pecked at by the birds. Nuts and pieces of suet are also hung on trees in bags from the branches.

Everyone cleans their houses ready for the three holy days of Christmas - Christmas Eve, Christmas Day, and Boxing Day.

On Christmas Eve, or the day before, Christmas trees are bought from the local market or square. The seller expects you to bargain with them on the price.

Christmas Eve is very special and the most important day over Christmas. It's traditional to eat rice porridge and plum fruit juice for breakfast. Then the tree is decorated. At mid-day, the 'Peace of Christmas' is broadcast on radio and TV by the City Mayor of Turku.

The main Christmas meal is eaten in the early evening. Lutefish (salt fish) is the traditional starter, but is not so common nowadays. The main meal is a leg of pork served with mashed potato traditionally baked slowly in birch-bark boxes in the oven with similarly cooked mashed swede.

Casseroles containing different vegetables including, rutabaga, carrot and potato are also common. Cured salmon is very popular and some people also have turkey. Desert is baked rice pudding/porridge eaten with spiced plum jam. One almond is hidden in the pudding. Whoever find the almond will be lucky for the next year.

Christmas Day is much quieter with families usually spending it quietly at home. On Boxing Day people like to go out. Skiing along the flat terrain or skating if the lake or river has frozen

In China, only about one percent of people are Christians, so most people only know a few things about Christmas. In view of this, Christmas is only often celebrated in major cities.

In the big cities, there are Christmas Trees, lights and other decorations on the streets and in department stores. Santa Claus is called 'Shen Dan Lao Ren' and has grottos in shops like in Europe and America. In China, Santa is known as 'Sheng dan lao ren' (Traditional, Simplified means Old Christmas Man).

Only a few people have a Christmas tree (or celebrate Christmas at all!). If people do have a tree it is normally a plastic one and might be decorated with paper chains, paper flowers, and paper lanterns (they might also call it a tree of light). The Christmas Trees that most people would see would be in shopping malls.

The strange thing is that most of the world's plastic Christmas Trees and Christmas decorations are made in China, but the people making them might not know what they are for.

A tradition that's becoming popular, on Christmas Eve, is giving apples. Many stores have apples wrapped up in coloured paper for sale.

People give apples on Christmas Eve because in Chinese Christmas Eve is called "Ping'an Ye", meaning peaceful or quiet evening, which has been translated from the carol 'Silent Night'.

Some people go Carol singing, although not many people understand them or know about the Christmas Story. Jingle Bells is a popular Christmas song in China.

People who are Christians in China go to special services. Going to Midnight Mass services has become very popular.

VIDEO: May Ken Agyapong Suffer From Paralysis And Be Numbed ...
7 minutes ago