Honourable Murtala Mohammed Must be Cautioned 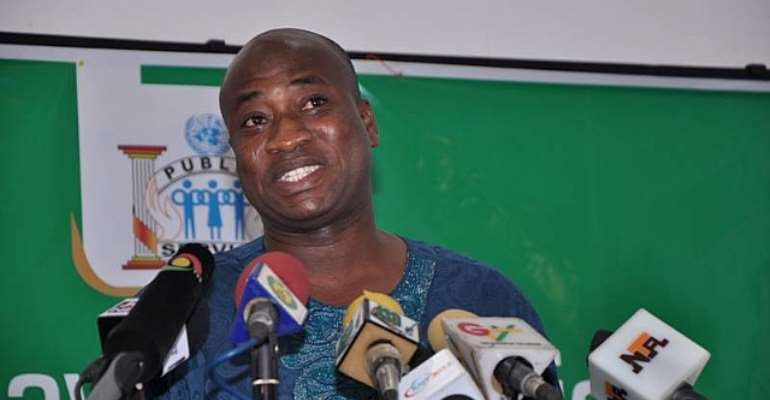 The distressing experience associated with losing lucrative political sinecures can make one spring a surprise at any time. No wonder Honourable Murtala Mohammed makes an unsubstantiated claim that Senior Minister Osafo Marfo is corrupt (See: “Osafo Marfo is the corrupt minister in this government – Murtala Mohammed”, ghanaweb.com 24/12/2017).

Corruption unequivocally has a cancerous dilatation as a result of which it must be condemned in no uncertain terms. But that should not influence the former MP and Minister of Trade to make unsubstantiated corruption allegations against people. His action clearly deepens our knowledge of how brutally cynical a loser can be, especially when hatred and envy take a better part of him. For Honourable Murtala to pontificate on Radio Gold’s Alhaji and Alhaji programme that Osafo Marfo is corrupt because his ministry’s budgetary allocation was rejected by parliament is unfortunate, to say the least. It beats my imagination how exactly such a rejection makes one corrupt. The former minister has to educate some of us. Perhaps, we do not understand “rejection”. One wonders what he hopes to achieve from such a baseless and frivolous accusation against the Senior Minister. We are getting sick of the political hoodlums who keep springing up in our country, bereft of any modicum of conscience that stops them from doing what is wrong.

The fact of the matter is that he is staunchly confirming one repugnant feature of our political landscape. It is awash with pathologically pernicious individuals, who would do anything to assume the mantle of power. Thus, he is being predictably perilous as much as noxious to the other side of the political divide, after all, that has been rampant in the country in the last couple of months. What I mean is that the duplicitous former minister is just acting in a way consistent with the misconduct of people who find it very difficult to come to terms with the fact that a different, if not new, wind of political tutelage is blowing in Ghana.

On that score, it appears the best way to face the future, for him, is to peddle falsehood. It is, thus, prudent for Ghanaians to be endlessly reminded that he is just one of the people who have unanimously resorted to the use and abuse of unsubstantiated corruption accusations to satisfy their whims. I find it rather quixotic that a former Member of Parliament and a Minister of Trade, who claims to be concerned about the development of the country can peddle such lies, regardless of its negative impact on trade and investment, and the far-reaching consequences it can have on the development of our country. While such a person undermines and denigrates the sanctity of both offices, he does not care a fig about the development of the country. We are damn well going to keep facing development challenges so long as our political parents keep procreating such politically uncouth and unpardonably churlish siblings.

What does this tell us about ourselves as a group zealously and immutably poised towards maintaining the status as the beacon of democracy in Africa? Perhaps, we are. However, we should remember the fact that a country that bristles with downright mischievous and conspicuously disingenuous people, who would capture the slightest opportunity to attempt to denigrate the reputation of other people, risks losing such an accolade. Therefore, it is time Honourable Murtala was cautioned to desist from noxiously and execrably attempting to tarnish the reputation of the Senior Minister and other political leaders in our country.