Framework Agreement On Technology Parks Has Been Passed By Parliament 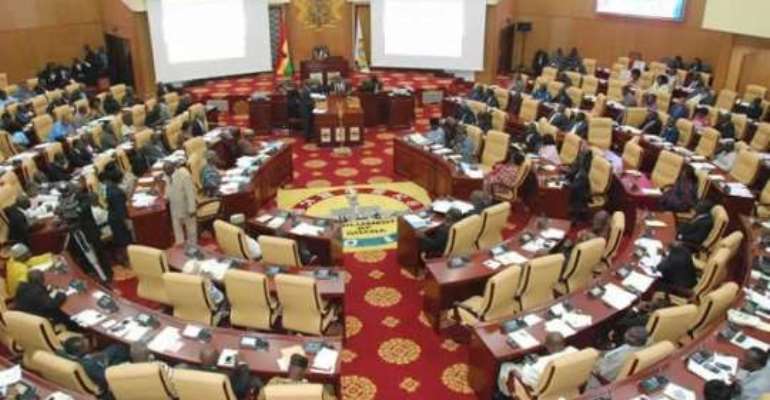 The Framework Agreement has, as part of its terms, the establishment of a Special Purpose Vehicle (SPV) to develop, implement and manage technology and business parks in Ghana.

The SPV which is to be known as the Tema Technology Park Limited shall be incorporated as a limited liability company under the Companies Act, 1963 (Act 179) of Ghana.

The terms of the agreement also enjoined Ghana and Mauritius and any of their agencies to enter into a shareholders' agreement to govern their relationship as shareholders of the SPV.

Mr Ken Ohene Agyapong, Chairman of the Committee on Communications, who moved the Committee's report for the House to approve, noted that the project which would be established as a Public Private Partnership (PPP) between Ghana and Mauritius would facilitate the transfer of technology from the latter to the former through Research and Development (R&D) activities.

He said R&D activities would foster greater interaction among industry, academia, educational and training institutions and the business and finance sectors.

He said the project would assist a great deal in building the capacity of export oriented and small and medium scale ICT businesses and position them to maximise their potential for growth, job creation and revenue generation.

Mr Agyapong also explained that the government of Ghana was requires to provide among others the initial land for phase one of the project and lease additional plots to the SPV for the development of subsequent phases of the project.

He said Ghana was to provide all such infrastructure required by the SPV during the operational phase (including all offsite services and access to the sites, power, water supply and telecommunication facilities).

He said the Government of Mauritius was also required to invest an amount of $75 million in the project and ensure that funds were available for the project at all times.

Mr Daniel Ashiamah, Member of Parliament (MP) for Buem in his contribution praised the idea of the technology park, saying it was a very good project, which would lead to technological transfer and job creation.

He said the government's responsibilities to the project, which made up its 40 percent share in terms of electricity, water, roads leading to the place should be performed well.

He stressed the need for the government to develop local content policy for the project for the people in the area to benefit from the venture.

Mr Samuel Nartey George, MP for Ningo/Prampram in his contribution, noted that the Framework Agreement that would to lead to the establishment of the Ghana Smart City in Dawa in the Ningo/Prampram constituency was a build-up on the Tema Industrial Park in the Ghana Free Zones area.

He commended the Ministry of Communication for the project and urged it to ensure that Ghana becomes the ICT hub for the West African sub-region.

Mr Sam George also stated that the Committee recommended to the Ministry that they should consider the shareholding structure again, since there has been some increase in the land acreage that the Government of Ghana was supposed to put in as its initial share of equity, which was from 6.1 to 20 hectares of land.

He appealed to the government to pay compensation to the land owners whose land would be taken over for the project.