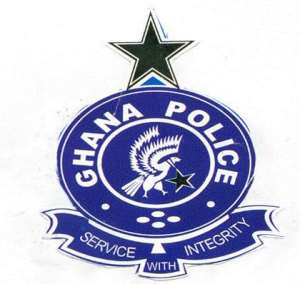 Increased surveillance by the Upper West Regional Command has led to the arrest of many suspected criminals and seizure of shotguns loaded with live ammunitions in the capital, Wa.

The Police, on December 16 upon a hint, arrested one Julius Annuoh, who was offering a foreign pistol for sale, and subsequently grabbed another Sulemana Adams of Babile, near Lawra, following a another tipoff.

The Deputy Regional Police Commander, Deputy Commissioner of Police (DCOP) Edward Oduro-Kwarteng, told the press in Wa on Tuesday that police surveillance led to the arrest of Annuoh, who later led the officers to Adams' room and when a search was conducted a foreign pistol was discovered.

'He [Adams] claimed ownership of it [pistol] as well as the one found on Julius,' he said, adding that both suspects had been detained and the exhibits retained for investigation.

DCOP Oduro-Kwarteng explained that on December 18 at about 11:10 hours, one Daniel Suley's motor bike was seized at gunpoint by two young men around the Xavier Residential Area in Wa.

The victim, he said, was able to identify one of the suspects and gave vivid description of him to a police officer living nearby.

The officer was able to apprehend the suspect after seeking assistance from someone driving at the time.

'When a search was conducted on him, a foreign pistol loaded with six rounds of live ammunitions was found hidden in his crash helmet,' DCOP Oduro-Kwateng said, but he refused to mention his accomplice.

Meanwhile, the police had also arrested the Assemblyman for Kpaguri Electoral Area in Wa for allegedly leading a mob to vandalise a house and attack female occupants, accused of being commercial sex workers.

'Four of the victims of the attack have been discharged from hospital,' DCOP Oduro-Kwateng told journalists.

He said early this month, the Police arrested a fraudster, who has been swindling top state officials.

He added that six suspected drug dealers including a police constable were also nabbed in a major coordinated security operation.

The police command is expected to announce their deployment plan for the Region this week, ahead of the yuletide.