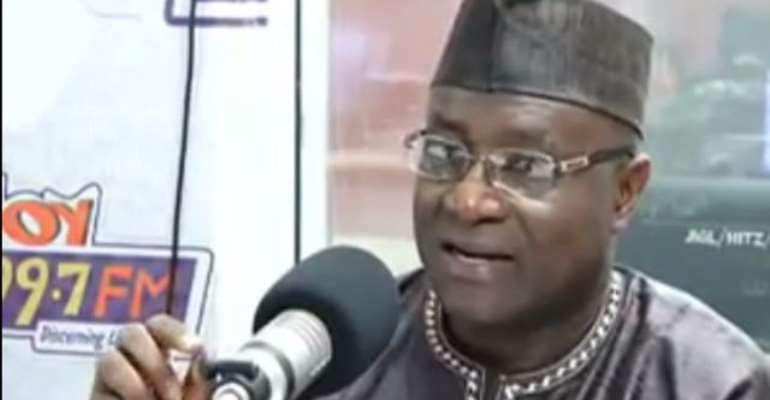 The Majority leader Osei-Kyei Mensah Bonsu has accused the Minority National Democratic Congress (NDC) of playing mischief with a "bloated" figure in the 2018 budget for the Ministry of Special Initiatives.

According to him, the budget for the ministry circulated by the NDC shows a wrong estimate for its website development.

He maintained the correct document had ¢80,000 and not ¢800,000 for building a website, a figure which has generated so much controversy.

Apart from the initial ¢800,000 for a website, six-unit classroom block is to be built for ¢770,000 while two million cedis was allocated for "budget preparation".

The sector Minister says the figure provided for the website was an error and has taken steps to correct it.

But the Minority MPs say the minister is incompetent and must resign.

The Majority leader Osei Kyei Mensah-Bonsu has explained, the whole saga is down to a calculation error. He said his version of the document in Parliament had ¢80,000 as estimate for the website.

According to him, the ¢800,000 error on the budget was detected by the minister who then asked her staff to correct it and that was done.

"Even though it was ¢80,000 if you did the addition the total was overshot by ¢720,000...the correction that was made did not reflect in the additions," he said on Top Story Friday.

The Suame MP said the figure was corrected without paying attention to the totals which also had to change.

"For whatever reason, somebody went and pulled the original ¢800,000 and came and served the colleagues in the NDC and that person was certainly up to mischief"

He said he also had reservations about the figure but was told the classroom block also had an ICT center and is to have installed, solar panels hence the high figure.