Public urged to vaccinate against Hepatitis; 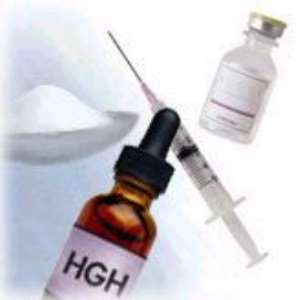 ...it is deadly as HIV Tema, July 20, GNA -- The Pharmaceutical Society of Ghana (PSG) on Wednesday called on Ghanaians to take advantage of the availability of drugs for hepatitis "B" in the country to seek early medical attention as it is equally deadly as HIV/AIDS.

Mr. Frank Amoako Boateng, President of the PSG made the call and said at least it is estimated that one million people worldwide die each year of the disease because of its seriousness.

According to him even though the hepatitis "B" virus is as deadly as HIV it can be prevented by simple vaccination and impressed on the public to get tested, vaccinated and treated.

He was launching the nationwide programme at the Tema Port for management and senior staff of the Ghana Ports and Harbours Authority (GPHA) to create the awareness of the existence of the disease in the society as a prelude to their annual conference to be held in Kumasi. It was launched under the theme: "Pharmacists fighting hepatitis B, get tested, vaccinated and treated".

He described the disease as a silent killer as about 69 percent of victims might not show the symptoms, while 30 percent would initially consider it only as flu and ignore early treatment. Mr. Boateng said even though the mode of transmission of the disease is similar to that of the HIV it can be prevented by vaccination and treated.

With its motto as "Amicus Humani Generis", meaning "Friends of the Humancare", the President said members of the society have placed their knowledge at the disposal of the public to educate the public to promote good health and the rational use of medicines. For instance, over the last two years they have embarked on public campaign on malaria, HIV/AIDS, tuberculosis, and worm infestation and promotion of healthy lifestyles for focussing on obesity as well as a fighting against the smoking of tobacco.

To set as a reminder to the public to abide strictly to health needs, the President said the society would start an education drive on the television on the various diseases and entreated the public to listen for a good course.

In his presentation, Mr Edward O. Amporful, Chief Pharmacist of the Ghana Cocoa Board Clinic and a member of the Society said the hepatitis "B" disease normally affects the liver caused by viral, bacteria and chemicals.

Describing the symptoms as fever, muscle pain, severe nausea/ vomiting, diarrhoea and stomach pains, among others, he said couples' newly born babies, who contract the disease are not likely to recover fully and it would become chronic.

He said frontline workers, commercial sex workers and homosexuals at are high risk as well as individuals who went in for blood transfusion prior to 1992, as the education was not intensive. Mr Amporful called on cooperate bodies who activities expose their workers to come into contact with people they are not familiar with to go for testing and vaccination against the disease that could be taken thrice yearly.

The Director of Tema Port, Mr Gorden Anim stated in a welcoming address that the launching had taken place at an opportune time as the GPHA spends much money on health related issues. He hoped that the frequent education would enable the workers to take preventive measures rather then curative. Many of those present were subjected to screening. 20 July 05