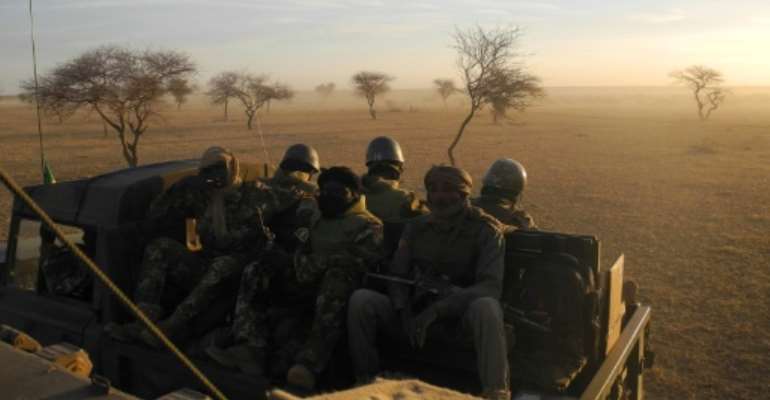 Mali faces double threats from pro-government fighters and former rebels who still sporadically clash despite signing a peace deal in 2015, and from Al-Qaeda-linked groups which reject such accords. By DaphnÃ© BENOIT (AFP/File)

Mali's army said Thursday it killed five jihadists but lost one soldier repelling an attack in the centre of the vast, landlocked nation.

The assault happened at a military outpost near the remote town of Niono at around 0130 GMT, a military statement said.

The troops "reacted forcefully, pushing back the assailants," it said.

The country, bordering Niger and Burkina Faso, has struggled to defeat Islamist militants who have regularly attacked the military and UN peacekeepers.

Jihadist groups allied with Tuareg separatists captured the entire north of the country in 2012 but were pushed back by a French-led military intervention a year later.

In 2015, Tuareg rebels signed a peace deal but its implementation has been patchy and much of the north of the country remains lawless with jihadist attacks a regular occurence.

Thursday's assault came just hours ahead of a visit to the capital, Bamako, by Qatar's emir Sheikh Tamim bin Hamad Al-Thani, who is on a tour of West African nations.

The new G5 Sahel force pools troops from Burkina Faso, Chad, Mali, Mauritania and Niger in an area of desert the size of Europe where extremist groups have been thriving.