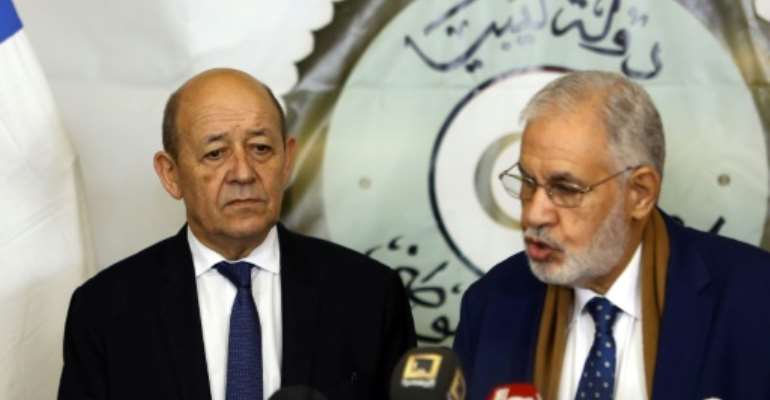 France's foreign minister on Thursday urged Libya's unity government to act on a United Nations plan for 2018 elections and a national dialogue to stabilise the war-torn country.

"This calendar is the indispensable political solution for Libya and it must be implemented now with the utmost speed," Jean-Yves Le Drian said after talks in Tripoli with Fayez al-Sarraj, head of the Government of National Accord.

Oil-rich Libya has been wracked by chaos since a 2011 NATO-backed uprising that toppled longtime dictator Moamer Kadhafi.

Sarraj's GNA, the product of a 2015 deal aimed at restoring stability to Libya, has failed to impose its authority across much of the country, particularly the east where a rival government backed by military strongman Khalifa Haftar holds sway.

A plan presented to the UN Security Council in September by international envoy Ghassan Salame seeks to negotiate a new political deal that would be accepted by authorities in the east.

French President Emmanuel Macron, who hosted a meeting in July between Sarraj and Haftar, at the time announced a deal to hold elections in the spring.

Le Drian said he and Sarraj had a "total convergence of views" on the UN plan and on "the need to move quickly".