Fear Over Likely Collapse Of PMMC 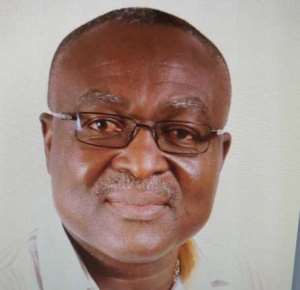 The Association of Gold Exporters of Ghana (AGEG) says any decision to stop Precious Minerals Marketing Company (PMMC) from gold certification and assaying could result in the collapse of the firm.

Chairman of the Association, Kobina Asante Asare, disclosed this to BUSINESS GUIDE while commenting on the impasse between PMMC and Ghana Standards Authority (GSA) over the right to certify and assay gold for export.

The impasse reportedly started after GSA and the Chamber of Mines signed a Memorandum of Understanding (MoU) to test the quality of gold refined in the country.

The MoU was aimed at enhancing and strengthening technical cooperation in the areas of standardization, metrology and conformity assessment.

Reports suggest that the deduction of 0.176 percent of the value of gold to be exported as commission to the testing agency is the basis of the impasse.

But Mr Asante Asare warned that PMMC could eventually collapse if care is not taken.

That, he said, was because the main source of revenue for PMMC currently is the 0.176 percent deduction.

He explained that owing to a court action involving PMMC and Bank of Ghana (BoG), on one hand, and AGEG in 2016, an out-of-court agreement was reached to mandate PMMC to assay and certify gold for export.

He wondered why the authorities were considering GSA, which has several duties to perform.

Mr Asante Asare stated categorically that the association was not supporting either side, but said PMMC will perish if GSA succeeds, saying “our position is factual.”

“The jewelry business is not raking in any sufficient money to sustain PMMC's operations as a chunk of the revenue generated reportedly goes to the Indian partners of PMMC.

“The only source of revenue for PMMC today is assaying,” he said.

He urged government to be circumspect in taking a decision that will lead to the demise of PMMC which would result in job losses.

He called on government to organize a meeting with AGEG, PMMC, GSA and Ministry for Lands and Natural Resources to resolve the impasse.