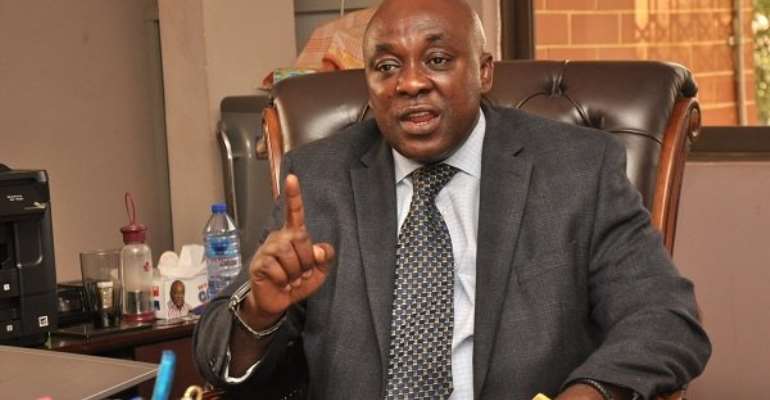 The Minority is threatening to drag the Deputy Trades Minister before the Privileges Committee of Parliament for his conduct in the $100,000 cash-to-sit close to the president scandal.

According to the Minority Chief Whip Muntaka Mubarak the conduct of Carlos Ahenkorah was “serious” because he “almost physically attacked Ablakwa in Parliament.”

But for the restraint shown by the North Tongu MP there would have been an exchange of blows, Muntaka Mubarak stated.

Carlos Arhinkorah is said to have rained invectives on Samuel Okudzeto Ablakwa who has been championing the $100,000 cash-to-sit close to the president scandal.

In the full glare of journalists, Carlos barged into an interview session Ablakwa was having with the media and rained insults on him.

“You don’t have the moral right” he said, adding, “let him know he is a thief. You have lied through your teeth.”

In a subsequent interview with Joy News’ Evans Mensah on Newsnite, the Tema West MP repeated the same accusation against the North Tongu MP.

The Minority believes the conduct of the Deputy Trades Minister was unacceptable and a disciplinary action must be taken against him.

He told Joy News he will raise the matter on the floor of Parliament as required by Standing Order 70.