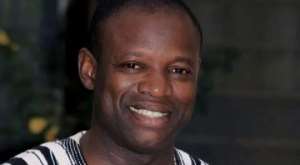 Mr. Salifu Saeed, Northern Regional Minister, has urged the public to consciously reflect on the need to build, own and use improved toilet facilities in their homes to improve sanitation.

He said sanitation was a matter of dignity, equality, and safety, hence the need for all to make efforts to construct improved toilets in their homes.

Mr Saeed, whose speech was read on his behalf to mark this year's World Toilet Day in Tamale on Tuesday, emphasized the need for all to advocate for both behaviour and policy change on issues ranging from enhancing water management to end Open Defaecation (OD) in the Region.

Northern Region is rated as the second highest Region in terms of practising OD as 68 per cent of its residents lacked access to improved toilet facilities.

Mr Saeed said sanitation challenges facing the country were fast becoming endemic, posing socio-economic and public health implications, indicating that efforts needed to be made to decisively deal with the sanitation situation in the Region.

He mentioned the recently launched National Sanitation Campaign as one of the means by which government would work to ensure environmental cleanliness and improve general behaviours and attitude towards the environment.

He urged all Metropolitan, Municipal, and District Assemblies (MMDAs) in the Region to enforce by-laws on sanitation by prosecuting individuals, who practised OD to deter them from the practice and encouraged all to construct improved household toilet facilities.

Mr Matthew Jakpa Mumuni, Northern Regional Director of the Environmental Health and Sanitation Unit, reiterated the need for various environmental actors to double their efforts to ensure that the Region attained the status of Open Defaecation Free (ODF) by 2019.

He urged the public to change their behaviour and attitude by adopting the Community-led Total Sanitation (CLTS) as a strategic method to end OD.

You’ve Fulfilled Most Of Your Manifesto Promises; Objective ...
7 minutes ago

How Slain Mfantseman MP Begged Killers To Follow Him Home Fo...
22 minutes ago