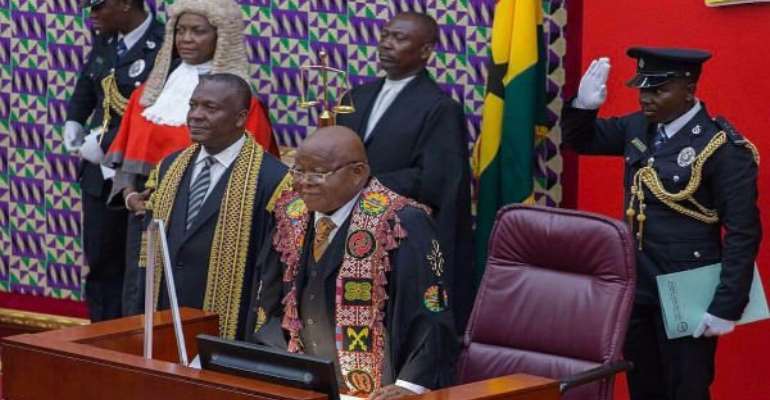 Speaker of Parliament, Prof. Mike Ocquaye, has suspended sitting again, the second in three days over a persisting issue of absenteeism.

By business time 10am, Wednesday's sitting had only 43 MPs on the floor of the House when at least 91 MPs are needed to constitute a quorum.

After Adaklu MP, Kwame Agbodza drew the attention of the Speaker to the lack of quorum in the 275-strong parliament, he suspended sitting expressing a rehashed worry about the commitment of the MPs.

"Honorable members, we must be careful about the reputation of this honorable house. We come to work; we don't get the numbers."

"If that is the attitude you want to adopt, let us tell Ghanaians," he complained.

Last Monday, only 18 MPs showed up for work , an improvement over the seven MPs who were present in the chamber for the October 31 sitting which was also suspended.

It appears the MPs are mentally on holidays with Christmas festivities barely a week away.

Not even media attention to the poor attendance last Monday served to boost attendance rate. A civil society group Odekro named 43 MPs it says failed to attend to their duties in parliament for 15 consecutive sittings.

The sanctions for missing that many sittings include forfeiting the seat.