Kumasi Gang Rape Suspects Must Be Flogged In Public--Mama Pat 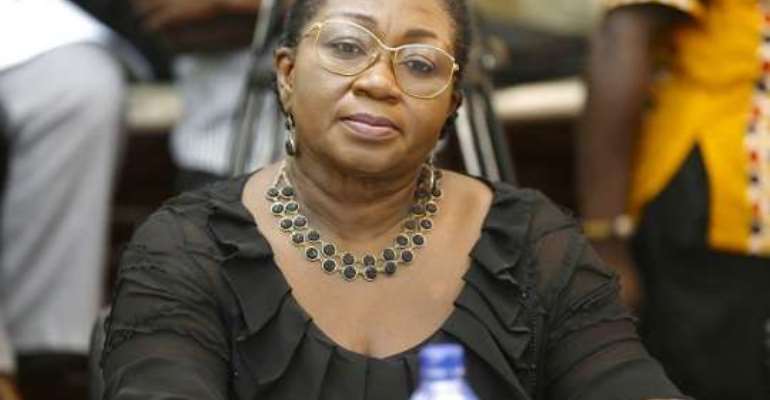 The Member of Parliament for Asokwa in the Ashanti Region, Patricia Appiagyei, has called for the three boys arrested in connection with the alleged sexual assault of a girl in Bantama to be flogged publicly as punishment.

She believes that sentencing the boys to serve time in jail would not rehabilitate them, adding that the humiliation that comes with being publicly caned would deter others better than a prison term.

This manner of corporal punishment is known in some Islamic countries where the Sharia law is strictly observed.

“I don't think prison will change them. It even hardens them because we don't have the kind of atmosphere where people can really reflect, and then show remorse for what they have done…but when you are publicly punished I believe that will make you better…I believe [flogging] them will help,” the MP is quoted as having said by Accra-based Starr FM.

The three boys, who will appear before a Juvenile court today [Wednesday] were arrested, on Saturday after a video, which allegedly showed them and four others, sexually assaulting a girl, went viral, and was met with widespread criticism from the Ghanaian public.

The Police confirmed the arrests at a press conference stating that, the suspects are Junior High School and Senior High School students, but refused to reveal their ages.

According to the prosecution, the case, which was supposed to have been heard on Tuesday in-camera by a Juvenile Court, had to be postponed to today [Wednesday], due to the absence of some relevant stakeholders expected to be in the at the in-camera sitting.

The legislator also said the suspects must have been under the influence of drugs or alcohol to have committed the alleged assault.

She blamed a lack of “parental care” for the boys’ alleged actions, suggesting that they should have been advised against certain activities and influences.

“The things that could have urged the young ones to indulge in this kind of sodomy as I call it, is either they were under the influence of alcohol or were on drugs,” she added.

“But like I said, they are showing their wild edge, they have started having feelings and therefore were examining their feelings and directed it [there] because they don't have the right parental care to tell them that there are certain things that we don't do in our society.”

The four alleged accomplices in the act are still at large, but according to Patricia Appiagyei “we don’t have to waste time to get the rest, you know they are minors.”