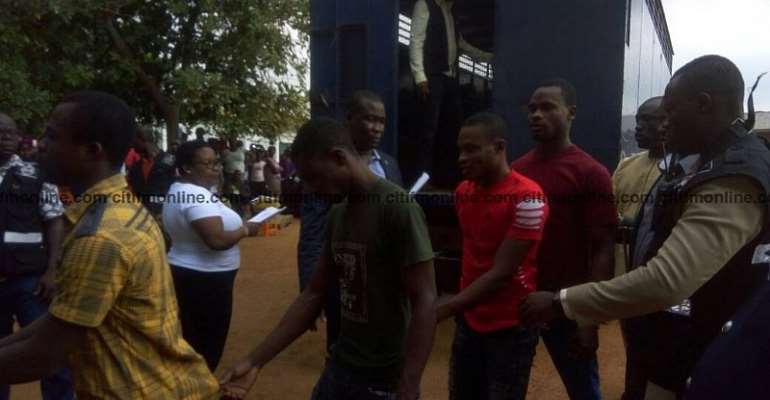 The eight suspects discharged by a district court in the Major Maxwell Mahama case, have asked for compensation from the state over wrongful accusations leveled against them.

According to the lawyer for the eight who were discharged by the court today [Tuesday], due to lack evidence to prosecute them, his clients have gone through intolerable trauma and anguish since their arrest in May 2017, hence their demand.

The lawyer, Benard Shaw, also accused the prosecution of doing a shoddy job by responding to public sentiments after reports of the lynching of the late military officer.

The eight persons who were among fourteen persons facing trial on charges of murder were released upon the request of the Attorney General due to lack evidence against them.

The deceased, Major Mahama, an officer of the 5th Infantry Battalion, is said to have been on his daily jogging routine on Monday [May 29, 2017], when some angry youth of the town attacked him, allegedly on suspicion of being an armed robber.

The Police subsequently arrested over fifty suspects who had fled the town to other regions in the country.

Thirty-six of the suspects have been discharged since the trial commenced at the district court.