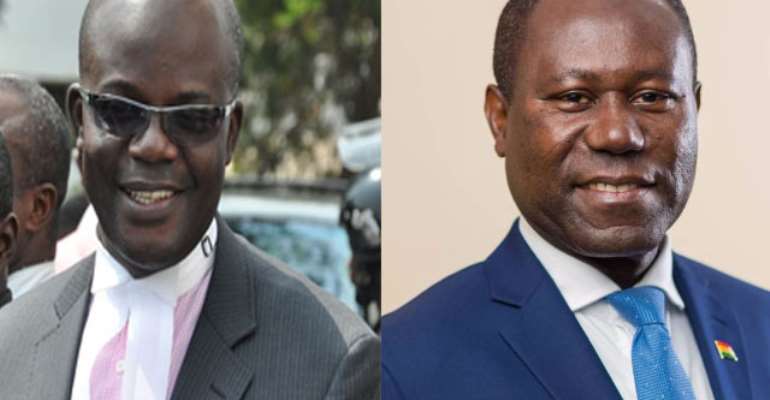 An Accra High Court (Commercial Division) has dismissed a suit filed by Lithur Brew and Company demanding the payment of GH₵2,005,320 being legal fees owed by the Ghana Cocoa Board (COCOBOD), for being incompetent.

The law firm, Lithur Brew & Co, in August 2017, filed a writ of summons against the COCOBOD, praying the court to recover the said money and interests accrued at the prevailing commercial bank's lending rate from February 20, 2017.

The plaintiff, represented by Tony Lithur – a prominent NDC lawyer and counsel for former President John Dramani Mahama in the 2012 election petition hearing – also requested the court to order for costs and other things as the court may deem fit.

The Ghana Cocoa Board, represented by George Laing, in its affidavit in opposition, prayed the court to “strike out the writ of summons and statement of claim against the defendant for want of capacity as the writ is incompetent.”

He argued that by the laws of Ghana, it is only a person whose name is entered on the Roll of lawyers, who is competent to maintain an action for the recovery of his or her legal fees, among others.

Mr Laing further argued that the plaintiff never entered on the Roll of lawyers nor licensed to practise in accordance with the law and that “as the present writ of summons and statement of claim stands, same is incompetent and same must be struck out.”

The court, presided over by Justice Samuel K.A. Asiedu, wondered whether a law firm can sue for recovery of unpaid legal fees.

He held that the plaintiff in the matter is described as a company and for that matter is not a natural person, as by law, it is only lawyers who may be licensed to render legal services according to the Legal Profession (Professional Conduct and Etiquette) Rules, 1969, Li 613.

“In the opinion of the court, the word 'person' as used in Section 2 of the Legal Profession Act, means a natural person and it does not include artificial person like the plaintiff in this suit.

“According to the Act, it is such natural persons whose names are entered on the Roll of lawyers who may, subject to being licensed, practise law, whether as barristers or solicitors or both, and who are given the power under the Act to sue to recover fees, charges and other disbursements for services which they have rendered to their clients,” the judge ruled.

Justice Asiedu also held that “it follows therefore that a “non-natural” person cannot in the first place render legal services, let alone sue for the recovery of fees and charges and other disbursements.