It Has Not Been Easy So Far--Akufo-Addo Admits 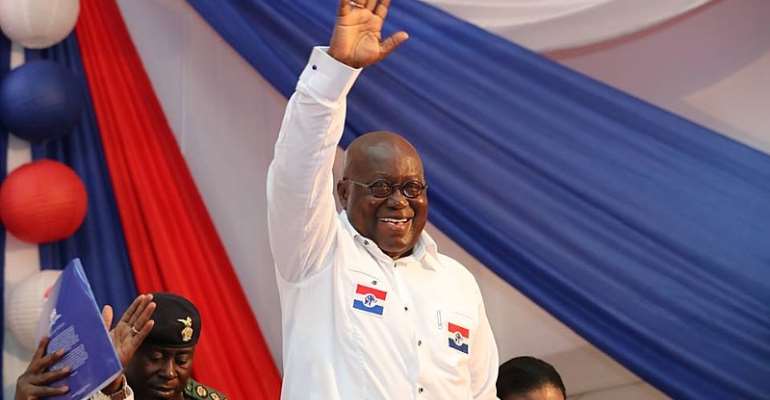 President Nana Addo Dankwa Akufo-Addo has admitted it has not been a smooth sail since assuming office, but is optimistic he will succeed.

Speaking to New Patriotic Party (NPP) delegates at a special National Conference in Kumasi on Sunday, he noted having inherited “a bankrupt economy” it was daunting to yield to all sort of pressures from the onset.

Eleven months into his administration, President Akufo-Addo believes he is on the right track to fulfill all his promises as his government puts the economy back on course.

“We’ve had important challenges; Invincible and Delta Forces and the tensions at the grassroots of the party over jobs. I appreciate very much the anxiety over jobs. What I’m saying is that the foundation has been laid for jobs. It has not been easy because we inherited a bankrupt economy but because of the ingenuity of the people I’m working with, we’ve been able to lay a good foundation,” Akufo-Addo opined.

He added: “Our race is not a sprint. It’s a cross-country and a marathon race.”

Nana Addo recalled the tough beginnings including pressure from NPP vigilante groups – the Delta and Invincible Forces – as they demand jobs. However, he said the future is looking bright as everything falls into place.

He touted some of the achievements of his government, especially the launch of the flagship Free Senior High School programme in September, assuring all the challenges plaguing the initiative will be addressed.

Nana Addo counseled party faithful to leave the conference with a common voice because the opposition is looking for an opportunity to disintegrate the rank and file of the ruling party.

President Akufo-Addo predicted doom on the party if delegates go ahead to adopt the motion. He warned the party to withdraw the idea because it will end up digging its own grave ahead of the 2020 elections.

“I am against it,” Akufo-Addo stressed to a loud cheer. “It’s a disaster.”

The parliamentary caucus of the party is pushing for members with dual citizenship to be barred from holding party positions. NPP members in the diaspora have been up in arms against the move threatening to stop funding the party.

Some members have described the motion as “inconceivable” and an “albatross”. However, Caucus said its decision is in line with the country’s 1992 constitution whose Citizenship Act bars dual citizens from holding political office.

“We know the president is in support of an Amendment Bill proposed by Dr Kwaku Asare and his team. We have submitted same to the Speaker, Deputy Speaker, Majority Leader, Attorney General and the minority in parliament.

“This Bill does not cost this country anything and we see no reason why it should be held for this long without passage,” a statement from the US branch of the NPP said.

He advised the party to come out strong with one voice and must not allow any division to eat into their space since that could spell doom for the party going into the next general election.

All the three controversial motions were withdrawn after Akufo-Addo’s appeal.