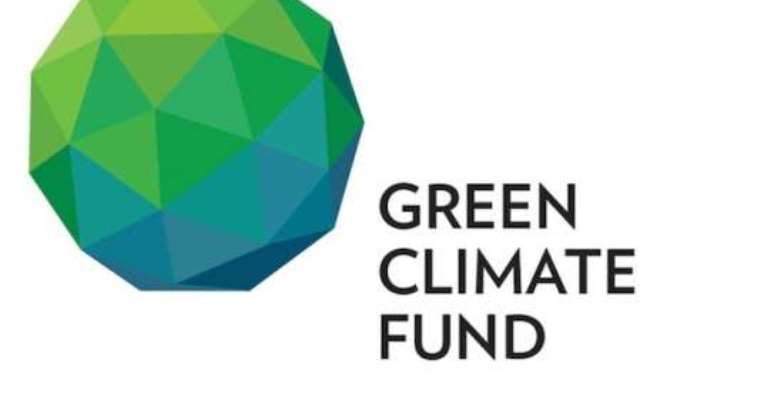 London, Dec. 16, GNA - Two years after the Paris climate agreement, the financial shortfall facing the Green Climate Fund to help developing countries switch from fossil fuels to greener energy sources and adapt to the effects of climate change is still causing headaches for the international community.

This is because there is now a gap of $2 billion following President Donald Trump's withdrawal of the US from the Paris Agreement.

In addition, experts have warned that the $100 billion annual climate fund that the developed countries pledged in 2009 to start providing by 2020 would not be forthcoming.

A report by Standard and Poor noted: 'It is very unlikely that governments would be willing, or able, to risk deteriorating their creditworthiness by stretching their budgets and debt burdens to fund the implementation costs.'

The One Planet summit held in Paris on Tuesday focused on the second anniversary of the global climate accord, which saw nearly 200 governments agree to end their heavy reliance on fossil fuels and limit further global warming.

Tosi Mpanu Mpanu, a Congolese climate negotiator, said many projects that vulnerable communities needed were simply not attractive to the private sector.

He told Climate Home News: 'We know that public finance will not be sufficient and it needs to be used to leverage where the real money is.

'But for some of us in the developing countries, where we don't have a strong business environment for private investment, having clarity on levels of public finance is what gives us comfort.'

The importance of the One Planet gathering was highlighted by the presence of over 60 world leaders.

French President Emmanuel Macron, who spearheaded the summit, called for urgent action to deal with the financial shortfall.

'We are here not for words but for deeds because we are facing an ongoing emergency,' he said.

The Secretary General of the UN, Antonio Guterres, called for more money for climate-friendly infrastructure.

'Finance is the difference between winning and losing the war,' he said

During the 23rd Conference of the Parties (COP 23) in Bonn last month, Seyni Nafo, Adviser to the Malian President and Chair of the African Group of Negotiators, told Climate Home News: 'Uncertainty on climate finance.

'Where are we seriously, on the $100 billion?
'We haven't reached yet a confidence crisis, but [African Heads of State] are becoming a bit anxious now.

'We feel that as a region we have done everything we could.

'We have put everything on the table.
'We are demonstrating leadership, seriousness on this issue.

'Actually, we don't have a choice.
'We simply feel that, that same level of commitment is not there [among the developed countries],' Mr Nafo added.

Although the US has pulled out of the Paris Agreement, President Trump's climate Adviser, David Banks, said America wanted to stay as a 'global player' on energy.

Earlier this year, President Trump urged multilateral banks to back developing countries to access fossil fuels such as coal cleanly and efficiently.

'There are 1,600 new coal plants being built around the world, and demand for coal and gas is growing,' he said recently in Bonn.

'It's in the global interest that, if these fuels are going to be used anyway, it must be done as cleanly as possible.

'Keeping gas and coal in the ground robs poor countries of their natural wealth.

'And universal access to affordable energy is the way to lift people out of poverty,' Mr Banks said, arguing that unemployment was leading young Africans to migrate.

'Having no electricity and therefore no industry is far more of a problem in people's lives right now than climate change,' he added.

The US move is being backed by coal producers in Africa such as Ghana, Nigeria and South Africa.

A spokesman for South African electricity provider Eskom said the country would 'be using fossil fuels for a very long time to come'.