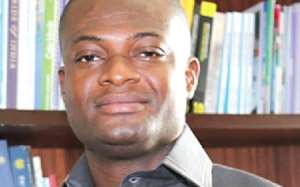 Renowned human rights lawyer, Dr. Raymond Atuguba has written to the Nima Police station over the “illegal arrest” of the Chairman of the People's National Convention (PNC), Bernard Mornah.

In the letter which was also copied to President Akufo-Addo, the Chief Justice, IGP and Attorney General, Dr. Atuguba sought a response from the police on the circumstances under which Mr. Mornah was arrested and what charges had been laid against him.

Dr. Atuguba, who acts as counsel for Mr. Mornah said he immediately dispatched a staff to gather details about the incident and “the last report I received from our Staffer was to the effect that some or all of the 20 persons arrested were being processed to be locked up in the Nima Police Station cells.”

He noted in the letter that “this morning, as the rally was about to commence at the Kawukudi Park, a band of police officers descended upon them, forcibly dispersed the gathering, rounded up about twenty (20) members of the Movement and detained them at the Nima Police Station. As of the time he was speaking to me, he and the others were being held at the Nima Police Station. As at the time of writing this letter, the Police have still not informed them the reason(s) for their arrest and detention and they are still under detention.”

Bernard Mornah and about 12 other people were arrested by the Nima Police on Saturday morning when they gathered as members of the Ghana-Togo Solidarity movement to hold a peaceful march to draw the attention of local and international authorities to the political crisis in Togo. 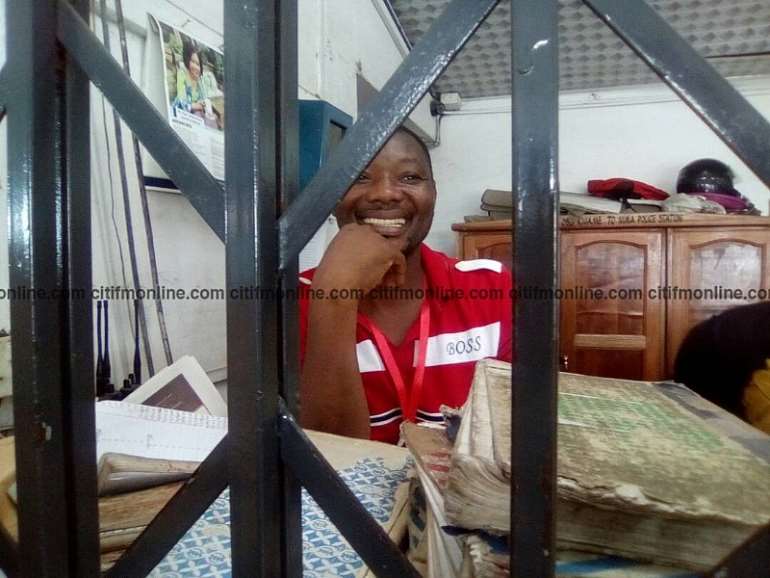 Bernard Mornah arrested
Reports say Mr. Mornah, who is the leader of the movement, failed to inform police about their action on the Kanda Highway today [Saturday], hence the action by police.

Dr. Atuguba however in his letter indicated that “He [Bernard Mornah] informed me that he had previously written to the Ghana Police Service on behalf of the Ghana-Togo Solidarity Movement, seeking permission to hold a rally in Ghana, in support of persons in the Republic of Togo whose rights were being violated.

“The Police requested for a meeting with the Movement to urge them not to hold the rally, as they claimed they were short of numbers to provide the requisite protection. The position of the Movement at the meeting was that, as a lot of resources had already been invested by them in preparation for the rally, they would be unable to cancel or postpone same. In the alternative, the Movement informed the Police that they could resort to the terms of the Public Order Act to secure a court order to postpone the rally,” the letter said. 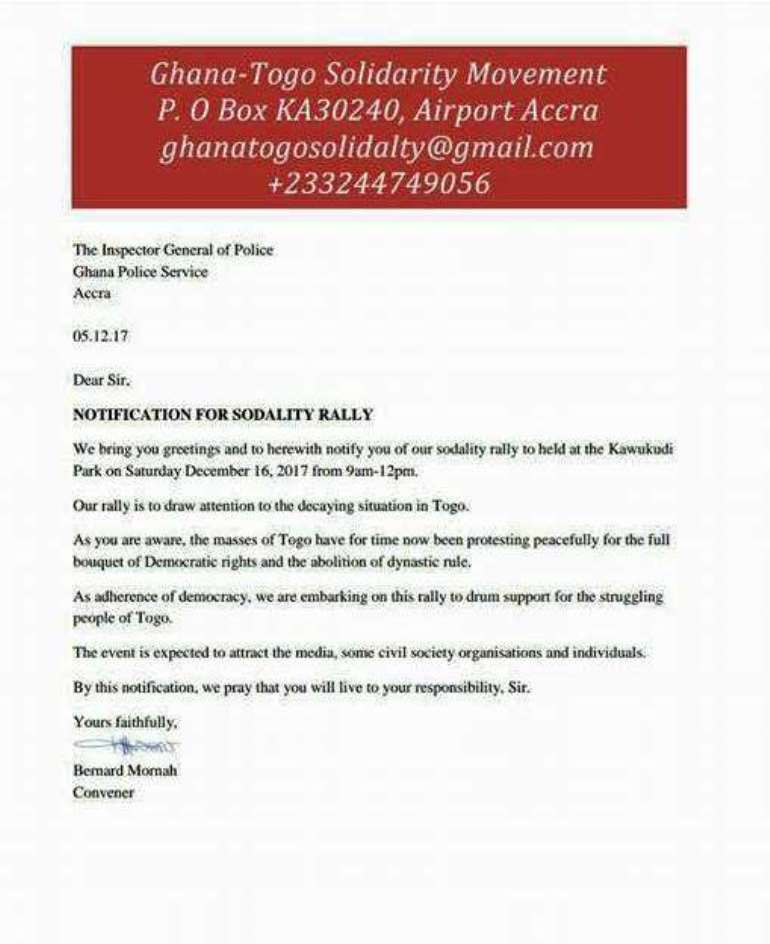 Copy of the letter pre-informing the police about the march

He is since requesting the Police to urgently inform him:

2. Whether or not our Client has been charged with any offence(s), and if so what offence(s);

Meanwhile, the police is yet to give a reason for the arrest but according to Bernard Mornah, they said it was “order from above.”