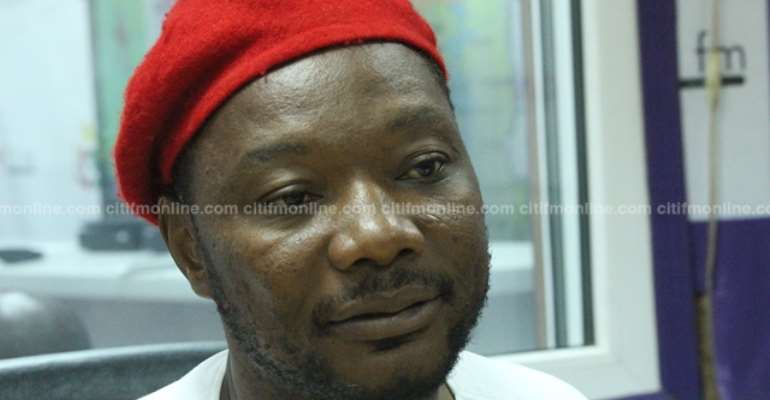 The Chairman of the People's National Convention (PNC), Bernard Mornah, has been arrested together with 12 other persons for allegedly staging an illegal protest in Accra.

The group, who are part of the Ghana-Togo Solidarity movement, were said to be holding a peaceful march to draw the attention of local and international authorities to the political crisis in Togo.

Citi News' Caleb Kudah reported that, those arrested, including Irbad Ibrahim, a self-acclaimed security expert, are currently behind the counter at the Nima Police Station, and were yet to be charged officially with any offence.

Reports say Mr. Mornah, who is the leader of the movement, failed to inform police about their action on the Kanda Highway today [Saturday], hence the action by police.

The movement has however denied the reports. Bernard Mornah told Citi News that “they threw me in the pickup as if I was a piece of charcoal… They drove us here and put us at counter back. They picked about 12 or 13 of us. The rest scattered. I wouldn't understand that [this happened] after I have notified the police sufficiently. This is really not the democracy fought for…. I think that it brings to the fore that our police service is still in the archaic stone-age of doing things and that they can be instructed anyhow by forces outside of their remit…They are telling me that they received instruction from above.”

In October 2017, 26 Togolese nationals were arrested for attempting to stage an unlawful demonstration over the political situation in their country.

According to the Accra Regional Police Operations Officer, Chief Superintendent Kwasi Ofori, about 300 Togolese had to be dispersed lawfully at the Kawukudi Park because their intended action was in clear breach of Ghana's public order act.

That was the second time that Togolese in Ghana have tried demonstrating in solidarity with efforts back home by the opposition to have presidential term limits.

Togolese crisis Togo's opposition parties have over the past few months been demanding a return to constitutional term limits for the Presidency, and also for President Faure Gnassingbe to step down.

Gnassingbe has been in power since 2005 after the death of his father, General Gnassingbe Eyadema, who ruled Togo for nearly 50 years.

The anti-Gnassingbe protests, that have seen hundreds of thousands of people take to the streets across the country, have resulted in over 15 people killed and scores injured.