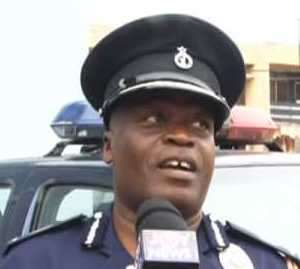 The Ghana Police Service (GPS), has in its first edition of the 'Weekly Crime Prevention and Safety Tips', warned the public against falling prey to fraudulent vehicle sellers, and urged the media to help spread the caution.

In a statement signed by the Director-General of Public Affairs, Assistant Commissioner of Police David Eklu, and copied to the Ghana News Agency, the Police urged the media to collaborate with it to reduce crime in the coming days, which it said criminals describe as: 'As the reaping season'.

'Auto theft is a widely suffered crime and hopefully these precautions we have provided will help curb them in this festive season', it said.

The Police, thereby, advised prospective buyers of vehicles to always meet the sellers before making payments, and always make payment through the banks rather than cash, because it was safer.

The public, it urged, should also be wary of syndicates who advertised their cars on the internet for sale with telephone numbers affixed on them.

Explaining the modus operandi of some of these syndicates, the Police said: 'Syndicates or suspects normally arrange a meeting place for inspection of cars, collection of money and handing over of the said car, keys and documents to victims.

'Whilst victims drive the car away, the syndicates then track the car and halt the engine at a distance with a device in their custody. This will necessitate victim to reach out suspects for a complaint and solution.

'In an attempt to meet the seller half way as directed, another group tracking the car will use a spare key already in their custody to move the said car away.

'Victims after fruitless effort to locate the supposed frontier at the supposed meeting place returns to the scene only to find out that the car has been taken away'.

The 'Weekly Crime Prevention and Safety Tips' provides information on how individuals could prevent robbery and safeguard lives.

The Police, in the past few weeks, has made provisions to beef up security over the Christmas festivities, which include deploying hundreds of personnel to places regarded as prone to crime, such as the Zongos, Kwame Nkrumah Circle, Ashaiman and the markets.

It said it would be of immense help if these crime prevention and safety tips were aired on prime time TV and radio programmes, as well as published in newspapers and on portals.