Under-age Drivers To Be Arrested 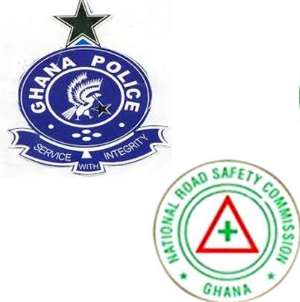 The National Road Safety Commission (NRSC) would collaborate with the Police and relevant key stakeholders to arrest and prosecute under-age people who are driving commercial vehicles.

According to the Commission, it was a punishable offence under the Road Safety Regulations 2180 for a person below 25 years to drive a commercial vehicle and as such offenders would be prosecuted.

Mr Samuel Asiamah, the Acting Brong-Ahafo Regional Manager of the NRSC, said his outfit in collaboration with the police and other key stakeholders would intensify road safety enforcement to reduce road crashes during the Christmas festivities.

Speaking at the Brong-Ahafo Regional launching of the road safety campaign in Techiman, Mr Asiamah said many taxis and Sprinter Benz Bus drivers were not qualified to drive commercial vehicles because of their age.

He emphasised with concern about the uncontrolled use of tricycles for commercial purposes, saying the practice was also a serious offence and warned operators to desist from the practice.

Mr Asiamah, who is also the Ashanti Regional Manager of the NSRC, expressed sadness about the high level of alcoholism, and drug abuse particularly the use of tramol and Indian hemp among some commercial drivers, and warned that offending drivers would be prosecuted.

He advised drivers to check their lighting systems, tyres, do regular maintenance and adhere to road signs, as the harmattan sets in.

Mr Asiamah disclosed that the Region recorded 446 road accidents, which claimed 226 deaths from January to November this year.

He said human error contributed to about 90 percent of all the recorded road crashes and mentioned wrong overtaking and speeding as the major causes of the accidents.

Assistant Superintendent of Police (ASP) Andrew Okonengye, the Techiman Municipal Commander of the Motor Traffic and Transport Department (MTTD), commended the commercial drivers in the Municipality for the level of discipline which has brought sanity on some of the major highways in the area.

He was, however, unhappy about the rate of pedestrian knockdowns in the Municipality, disclosing that his outfit recorded 11 of such cases from January to December this year.

Another worrying phenomenon, ASP Okonengye mentioned were crashes of motor riders, indicating that the crashes jumped from 28 in 2016 to 34 this year.

Mr Mathew Owusu-Brempong, the Techiman Chairman of the Progressive Transport (PROTOA), urged motorists and all road users to always ensure that their vehicles were road worthy before journeying.

He entreated drivers to be mindful of and adhere to road signs in order to prevent accidents and unforeseen contingencies on the road.