Creation Of Western North Region Being Backed By Aowin And Suaman 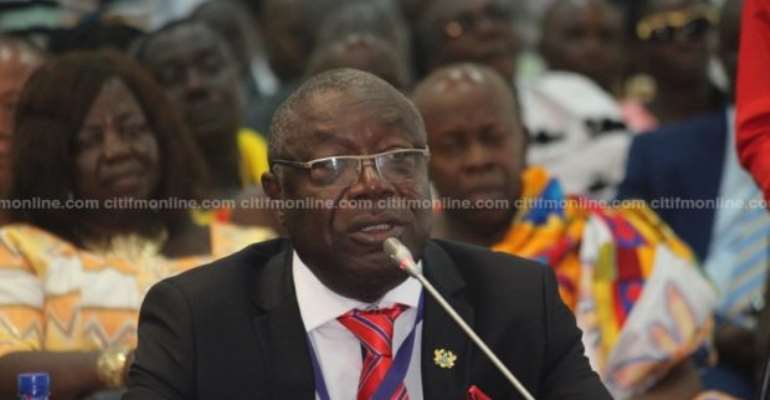 Some residents, stakeholders and opinion leaders in the Aowin and Suaman districts of the Western Region have overwhelmingly endorsed proposals to split the Western Region at the second public engagement by the nine-member Commission of Enquiry at Enchi on Wednesday.

They cite, among other reasons, the administrative inconveniences created by the wide gap between the north and the south and the lack of a corresponding development to match the contributions of the northern part of the region to the country.

During the second public engagement which had representations from the clergy, educationists, representatives from the trade unions, traditional rulers and other political actors, not a single opposing view was made to the Commission from the hundreds who were gathered there.

Speaking to Citi News, the Acting Principal for the Enchi College of Education, Philip Ntaah bemoaned the administrative inefficiencies they have had to deal with for years, due to the travelling time and preparations for mandatory visits to Sekondi/Takoradi.

“I am a Head of an institution. But I feel strongly demoralized because it takes a longer period for us to commute from our offices to the regional office. Let's take the case of Bia East, if the regional director of education should visit the regional office for a meeting that will last for 30 minutes at least once every fortnight, it is likely he will spend more than five days. This affects efficiency in the office,” he said.

A former Member of Parliament for the Aowin Suaman Constituency, John Kweku Ackah noted that the proposed split was long overdue stating that “people from the northern part of the Region have yearned for the creation for long.”

“At the Consultative Assembly gatherings for the adoption of the 1992 Constitution, we thought that people will one day yearn for new regions of which Justice Brobbey, the chairman of this Commission of Enquiry was a member. Ahead of the referendum at that time in March 1992, people from the north of the region presented a petition [for a split]. We thought [the split] could be added to the constitution but we were told parliament will later regulate it. So for a very long time the western people from the north have yearned for the creation of a new region. It is not surprising that people have gathered today to ask for what should have been done long ago,” he added.

The Vicar General of the Catholic Diocese of Sefwi Wiawso Rev. Monsignor Simon Asamoah, believes the delivery of sermons in amalgamated languages affects the level of comprehension of some of the sermons which the creation of the Western North Region could address.

He opines that “this is not a problem with the Catholics alone, it is same with Methodist and other churches that, their leaders are brought from Sekondi Takoradi where Fanti is the dominant language. When we come to this area, it becomes difficult for the Sefwi Speaking congregants to really understand the language. So I think when the region is divided, it will help us to really develop our own language and have sermons in the form that will be best understood by our people”

The District Chief Executive for the Aowin District, Samuel Adu Gyamfi reiterated the concerns of the citizens, lamenting the low levels of development with respect to roads despite the contribution of the area to the state.