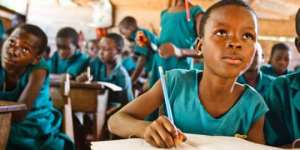 Mr. Teku said this at the launch of a project by World Bicycle Relief, an NGO and World Vision Ghana with support from World Vision Italy dubbed: Bicycle Education Empowerment Programme (BEEP).

The project presented 1,080 bicycles to pupils at Odumase in the Nkwanta South District of the Volta Region.

Mr Sagane Thiaw, Operations Director, World Vision Ghana said the bicycles were to aid the vulnerable in the District who travel between two to five kilometers by foot to school daily and also to reduce school drop-out rates and to improve access to quality education.

He said about seven million children were out of school due to daily long distance trekking to and from school, which resulted in poor academic performance and appealed to Ghanaians to help create a safe and conducive environment for proper growth of children.

Mr. Eric Showell, Global Director of Programme, World Bicycle Relief, urged beneficiaries to handle the bicycles with utmost care and maintain them to prolong their lifespan.

Mr. John Thasun, Nkwanta South District Chief Executive, expressed gratitude to the benefactors and hoped the gesture would improve education in the District.

What's So Special About NAM1 That Akufo-Addo Is Shielding Hi...
8 minutes ago