Charlotte Osei Must Go Before 2020 Elections--PNC 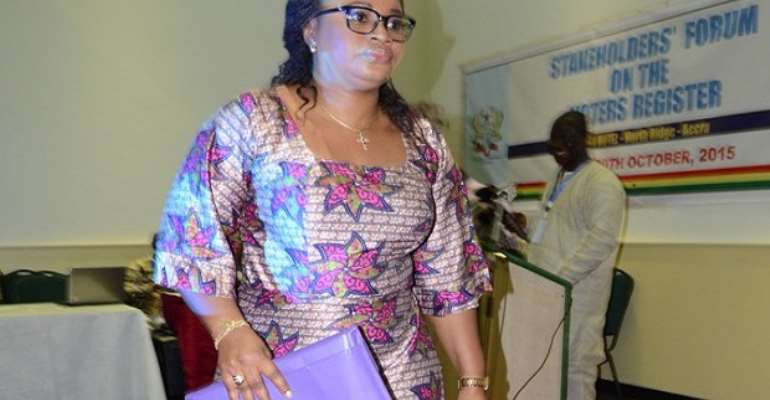 National Treasurer of the People's National Convention (PNC) Akanni Adams says the Chair of the Electoral Commission, Ghana (EC), Charlotte Osei, should have resigned long before hearing began on a petition filed to look into her tenure.

According to him, the decisions taken prior to the 2016 polls – one of which is the initial disqualification of his party's candidate – must be avoided as the country prepares for the 2020 polls.

Mr Adams was speaking on 3FM's Midday News on Thursday. His comments come on the back of a five-member committee set up by the Chief Justice, Sophia Akuffo, to probe Charlotte Osei following the referral of a petition from the presidency.

The Chair of the EC is being accused of misappropriation of funds and regularly taking unilateral decisions, among other allegations, in a petition whose signatories are still unidentified.

Two other commissioners – Amadu Sulley and Georgina Opoku Amankwaa – were initially fingered by Mrs Osei as being behind the petition. As a result of outcomes of the Chair's assertions, another petition was filed against the two.

All three commissioners were, therefore, summoned by the Chief Justice on Monday after a prima facie case was established. On Tuesday, the Progressive People's Party (PPP) said it was interested in the case and ready to provide evidence to precipitate the impeachment process of the EC Chair.

But the PNC National Treasurer says his party has not decided yet to tow PPP's line but removing Charlotte Osei, who was appointed in 2015, “will be the best thing that can happen to us ahead of the 2020 elections”.