Mobile Clinics In Schools Could Help Curtail Outbreak Of Diseases 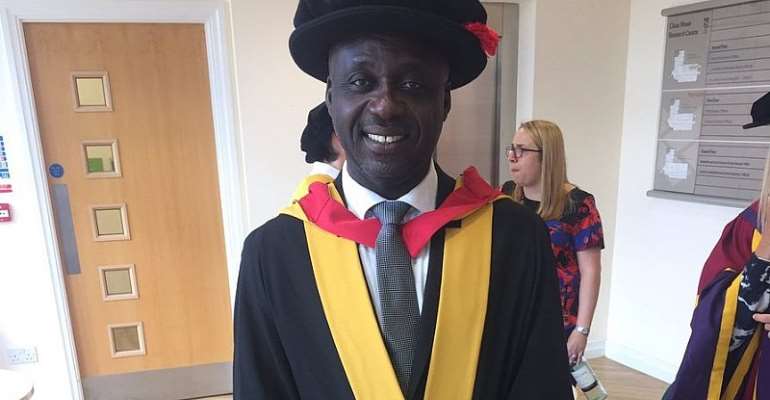 The Coordinator of Postgraduate Programmes of the Faculty of Education at the University for Development Studies (UDS), has proposed the establishment of mobile clinics in Senior High Schools across the country.

Dr. Ibrahim M. Gunu, in a Citi News interview, bemoaned the recent health situation that has so far killed some students and hospitalized several others.

He emphasized the need for government to tackle the outbreak as a national issue, saying, “the recent happenings in our schools have exposed the deficiencies regarding student health management services, so government should consider this suggestion seriously for the state schools to have resident nurses.”

“It should also be made as a requirement for private schools as part of the accreditation or approval processes.”

He also underscored the need to create what he described as the school nurse system as a means of recruiting some of the graduate unemployed nurses to serve in all public Senior High Schools.

“This system would require that a nurse is assigned to a number of schools in a specific location. The nurses using their clinical knowledge and judgment, should be able to provide healthcare to students and staff, perform health screenings and t ogether with the school counselor provide counselling and education to staff and students.”

“These nurses should be made to provide daily reports to the specialist in the various district and regional hospitals for immediate action. This kind of inter-agency collaboration would enable various governmental agencies to work together for the good of the students. Strengths of inter-agency working are that there is a wide range of skills, perspectives and knowledge to bring to bear on problems in our schools.”

Dr. Ibrahim M. Gunu further condemned all attempts to politicize the tragedy that had befallen the schools.

“It would also be important for me to appeal to politicians to stop politicizing this issue and attributing the menace to political figures in Ghana. We are a serious nation, so politicians must take the citizenry seriously,” he said.

Meningitis scare in SHSs
One student at Damongo Senior High School in the West Gonja District of the Northern Region was confirmed to have died from a case of Meningitis.

Meningitis was also found to be the cause of the death of a 19-year old student of Bawku Secondary Technical Institute in the Upper East Region, and a second-year science student at Koforidua Technical School.

In some of the schools, several other students have been hospitalized as a result of the conditions

This comes on the back of the deaths of four students of Kumasi Academy in the Ashanti Region.

The pandemic strain of influenza type A, H1N1 2009, also known as Swine Flu, was detected in some students of the school, and is believed to be related to the deaths.

Aside from the four deaths, other students have also been hospitalized.

However, health officials in both the Ashanti Region and the Eastern Regions, have insisted that they have contained the situation in the schools, and have assured the public of their commitment to ensuring the safety of students.