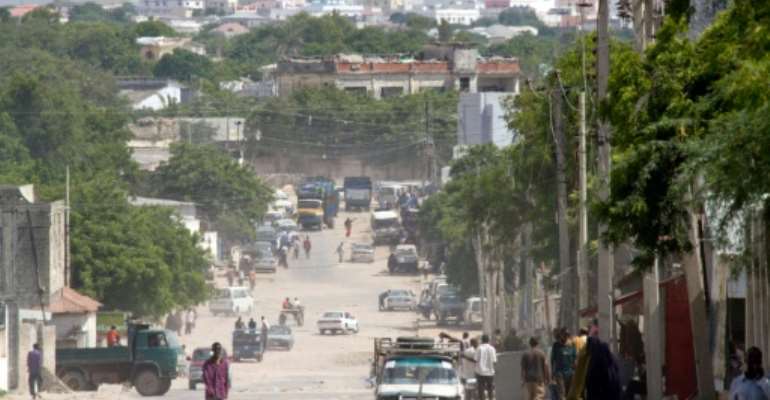 The Al-Qaeda-affiliated Shabaab lost its foothold in Mogadishu in 2011 but has continued its fight, launching regular attacks on military, government and civilian targets in the Somali capital and elsewhere. By YASUYOSHI CHIBA (AFP/File)

A suicide bomber from Somalia's Shabaab insurgents killed 13 policemen and wounded 15 others on Thursday when he blew himself up inside the country's main police academy, officers said.

Witnesses said the police were gathered in a square ahead of their early morning parade when the bomber attacked.

The attacker was reportedly disguised in a police uniform in order to access the camp, located in the capital Mogadishu.

"Some of the police were already in lines, and others were gathering, when the man in police uniform entered and blew himself up," said bystander Hussein Ali, describing the carnage left behind by the blast.

Medics and ambulance teams rushed to take the wounded to hospital and collect the bodies.

Officers said the toll could have been far worse had the attacker killed himself in the centre of the crowd.

"The bomber could have inflicted more casualties if he could have managed to reach the midpoint where most people were," Mohamed added.

The Al-Qaeda-affiliated Shabaab claimed responsibility and put the toll at 27 dead.

"It was martyrdom operation, in which the mujahedeen targeted the police academy camp," a statement posted on pro-Shabaab website read.

The Shabaab lost its foothold in Mogadishu in 2011 but has continued its fight, launching regular attacks on military, government and civilian targets in the capital and elsewhere.