The Jury System In Ghana Is Anachronistic And Should Be Abolished 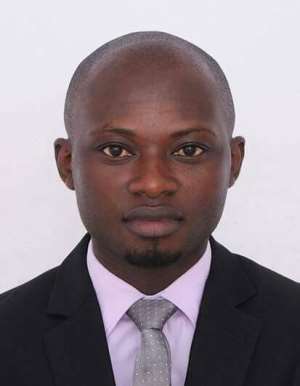 Introduction
The jury system remains the most problematic aspect of the Ghanaian Criminal Justice System. The jury system in Ghana owes its origins to the English common law. The 1992 Constitution of Ghana entrenches jury trial. All capital offences are tried by a judge and jury of seven persons. Over the years, the capacity of the jury to effectively administer criminal justice has been the subject of intense debate in Ghana. While some scholars suggest that the system should be substantially reformed, others call for its outright abolition.

Challenges of the jury system
The jury system is one of the archaisms of the common law. It is simply a colonial bequest. The general attitude of Ghanaians towards the jury system reflects a high level of ambivalence about its contemporary relevance as a system of criminal trial. But the price of our ambivalence is that we have slavishly left the trial of capital offences in the hands of legally untrained persons whose verdicts are often actuated by fanciful sentimentalities, prejudices and extra-legal considerations. The Ghanaian society seems to have lost interest, trust and confidence in the jury. The attitude of the Bar, Bench and the public towards the jury plainly shows that the system has outlived its usefulness.

The problems with the jury system are legion. Under the law, no special expertise or knowledge is needed for jury service. Jurors are not required to possess any professional, intellectual and social backgrounds. The law only requires jurors to understand the English language and have no criminal records [sections 205 & 208 of Act 30]. It is judicially recognised that jurors are not people of intellectual powers: [see, Bissah v. The State [1967] GLR 310, at p.317; Nartey v. The Republic [1982-83] GLR 788]. It is difficult to understand how laymen can be judges in the technical nuances of modern criminal trials. The law reports are replete with questionable jury verdicts. Jurors sometimes convict innocent persons, and acquit persons whose guilt is patent to the high heaven. In some cases, trial judges express shock at jury verdicts, but the law is that a trial judge’s disagreement with the jury is of no consequence: [see, Twum v. The Republic [1967] GLR 724].

Under the law, a trial cannot proceed in the absence of any of the jurors [section 257 of Act 30]. Jurors absent themselves from court for many reasons including ill-health or death. Some usually abandon proceedings to attend to their businesses. Much of the delay that bedevils jury trials results from the absence or death of jurors. The result is that jury trials suffer inordinate protraction, and are consequently more expensive. Jury sequestration is a key feature of many developed jury systems. Given our weak economy, protracted trials and the fact that jurors are not paid for their service, jury sequestration is practically impossible. Without sequestration, the possibility of jury contamination is high as jurors are routinely exposed to external influences throughout the trial. Jurors get contaminated by prejudicial media publicity of crime and trial processes. Most Ghanaian jurors use the internet and other social media during trials and deliberations. The proliferation of social media has placed enormous pressure on the jury in Ghana, thereby threatening the integrity, secrecy and fairness of modern jury trials.

As jurors are not legally required to render reasoned verdicts, it is difficult to know if their verdicts are based on legal grounds or some extra-legal considerations. The lack of reasoned verdicts makes it difficult for appellate review of jury verdicts. Perhaps the most pervasive challenge of the current jury system in Ghana is jury venality. Jurors in Ghana are highly susceptible to corruption and other forms of influences. Jurors are not paid for their service; they only receive meagre stipends. Economic pressures compel jurors to regard jury trial as an opportunity to enrich themselves. Jurors often publicly demand money and other favours from accused persons, defence counsel and witnesses. This compromises the fairness of the trial process.

The inability of Ghanaian jurors to understand technical legal language and expert evidence presents a real challenge. The general inadequacies of the jury are particularly highlighted in complex cases where the volume and sophistication of the evidence is so great as to be beyond the understanding of ordinary people. Convoluted, imbalanced and imprecise jury directions often fail to assist the jury in arriving at just verdicts. By law, where the jury are unable to return a unanimous verdict in a capital offence, or the verdict of the jury is unacceptable by law, the judge must discharge the jury and order a retrial by a fresh jury. Retrials present real ordeal for participants in the trial process. The parties would have wasted resources in an abortive trial, and would be expected to further waste resources in a subsequent trial by a fresh jury. Except on grounds of misdirection or non-direction, jury verdicts cannot be impeached on appeal. The non-appellability of jury verdicts poses serious threat to the quality of criminal justice in Ghana. Jury verdicts are virtually sacrosanct as they cannot be appealed against.

The way forward
The jury system, as it exists in Ghana, is a standing peril to effective criminal justice. The relevance of the jury in the administration of criminal justice is only a myth or perception. The jury system’s continued existence in Ghana thrives largely on our traditional reluctance to change an old institution. The traditional philosophy of the jury has long ceased to exist. To ensure effective delivery of criminal justice, it is suggested that the jury be abolished and all indictable offences should be tried by judges sitting alone.