Death Of Kpone High School Student Not Linked To Meningitis 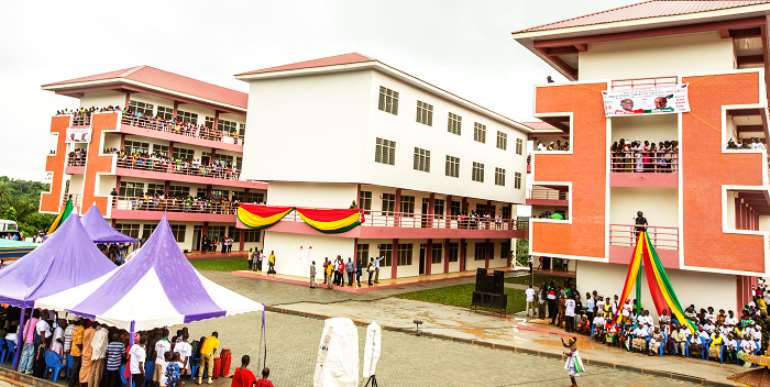 Elliot Bojua, a final year student of the Kpone Community Senior High School in the Kpone-Katamanso District of the Greater Accra Region, has died at the Tema General Hospital over what is rumoured to be meningitis.

The Headmaster of the school, Wiafe Akenten, said the cause of the death has not been confirmed yet.

Speaking to Citi News, the headmaster said the rumour of an outbreak of meningitis in the school should be disregarded.

“Last week, we started our Mock examination, there is one boy called Elliot; he is a general art final year student. Of late, he has not been coming to school, but when we started the mock, he came last Monday to write the exams, but when he finished the exams, he was complaining of some headache so he left immediately after the exams. The next day, we heard that when he came home, he was rushed to the Tema General Hospital, but unfortunately he died.”

“The cause of the death is not yet known; the parents contacted the hospital, and they say they are still doing their investigation ”he said.

There appears to be a health scare across senior high schools in the country, following the incident at the Kumasi Academy SHS, where some four students have died.

Although the cause of death has not been clearly stated, test samples picked from students on admission in various hospital, tested positive for H1N1 virus, otherwise known as swine flu.

In another incident, a preliminary report by a medical team at the Damongo District Hospital, has indicated that the death of a student at Damongo Senior High School in the West Gonja District of the Northern Region, was caused by non-communicable meningitis.

The school's head teacher, Kipo Harrison, confirmed this on Damongo-based Pad FM. According to him, it is a recurring phenomenon especially during the harmattan season.

He however dismissed attempts to link the other 12 students on admission at the Damongo district hospital to the same disease. Kipo Harrison said a medical team from the Tamale Teaching Hospital took the deceased's blood sample for further laboratory test.

The said student died on Tuesday December 12, 2017, whilst 12 others were admitted at the district hospital.

The situation has reportedly caused fear and panic among continuing students.

Koforidua SECTECH death
Another school that has had to deal with a health situation in recent days is the Koforidua Technical School, where a second-year science student who passed away over the weekend, was confirmed to have died from Meningitis.

However, health officials in both the Ashanti Region and the Eastern Regions, have insisted that they have contained the situation, and have assured the public of their commitment to ensuring the safety of the students.

Vote Based On Akufo-Addo's Record — First Lady
7 minutes ago