Police Investigates Shooting Of A Woman In Bimbilla 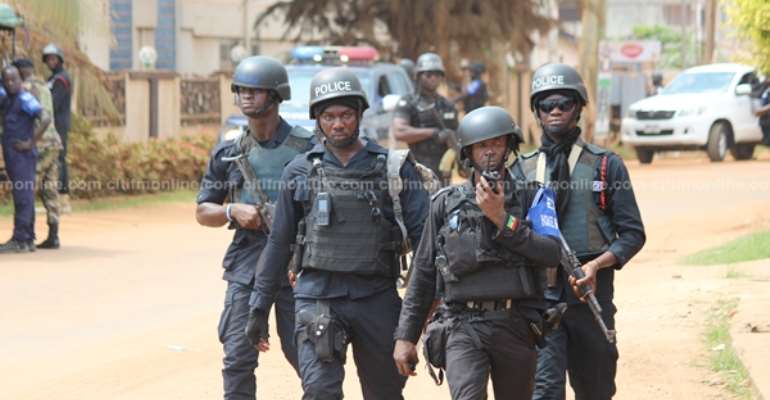 The incident led to the death of a 40-year-old woman, and injured her 14-year-old daughter who is currently receiving treatment at the Bimbilla hospital.

“He [Suspect] is an unidentified person. We have not made any arrest, but we picked up AK47 and other ammunition from the house. The issue is still under investigation,” ASP Ebenezer Kusi, the Bimbilla Crime Officer told Citi News.

Explaining the incident, he said, “On Tuesday around 8:00pm, we heard a gunshot in town, so a Police/Military team proceeded to the place, and went to a certain house and found a woman, Rahinatu Alhassan, 40, dead, and her daughter Khadija Bediako, 14, wounded on her left shoulder. We took the body to the Bimbilla Hospital mortuary. The girl is responding to treatment.”

The Bimbilla township has over the last few years been considered a crime hotspot leading to series of violent clashes involving the use of ammunition.

Last week, the celebration of the annual Damba festival in Bimbilla was suspended to prevent potential conflict.