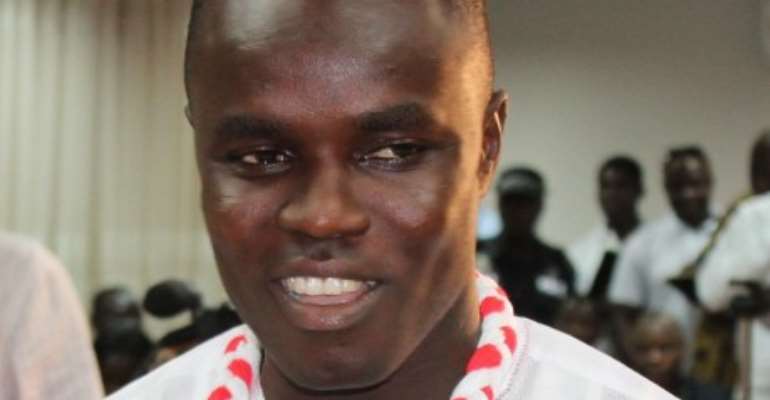 The Progressive People's Party (PPP), wants to join a petition calling for the Chairperson of the Electoral Commission (EC) , Charlotte Osei's removal.

Their demand follows the establishment of a prima facie case against Mrs. Osei, following allegations of corruption and abuse of office leveled against her in two separate petitions.

The PPP in a statement explained that, it will present “evidence against the Electoral Commission of Ghana” if given the chance to join the case.

“As a lawful party, our shared responsibility is to educate Ghanaians on why our democracy takes place in a framework of a Presidential representative democratic republic, with the President as both head of state and head of government, and with multi-party democracy as our accepted form of democracy,” it argued.

Giving further explanations on the party’s request on Eyewitness News, Policy Adviser for PPP, Kofi Asamoah Siaw said : “over the years, the Electoral Commission and some other institutions have conducted public service in a manner in which they please and they have hurt this nation's progress and development, so we have taken issues with the Electoral Commission's function of being a regulator of the activities of political parties.”

“We may not want to wait for this petition to be concluded. You will understand and appreciate that it has taken us a long time from July to this time for us to get to the beginning of the investigation. If anybody has any evidence of misconduct and issues bordering on perjury, then it is the appropriate time now to cease the opportunity as a party to make a representation of what we feel may constitute a ground for another petition to be sent to the President,” Mr. Siaw added.

The PPP is one of the parties that engaged in a back and forth with the EC ahead of the 2016 elections, after its presidential candidate, Dr. Paa Kwesi Nduom, was disqualified from the race over claims by the EC that it had failed in meeting some requirements.

The party headed to court and had a ruling in its favour that allowed its flagbearer to contest the race.

The Petitions
Some staff of the EC petitioned President Nana Addo Dankwa Akufo-Addo in July 2017, to remove Mrs. Osei from office over allegations of fraud and financial malfeasance as well as abuse of office.

The unnamed EC staff are being represented by Lawyer Maxwell Opoku-Agyemang, against Mrs. Osei.

The petition against her, alleged among others the funnelling of GH¢3.9 million to partition an office, the receipt of a Toyota Land Cruiser from the Mahama government, and the use of about $14 million when the Public Procurement Authority had authorized her to use only $7.5 million.

Charlotte Osei takes on Deputies
Mrs. Osei also responded by making allegations of corruption against her deputies, claiming that she was only being hounded because she sought to introduce systems to curb misuse and mismanagement of resources.

Charlotte Osei among other claims, accused deputy Chairperson of the Commission of illegally signing contracts worth over GHC 40 million without her approval.

Fresh impeachment against EC Chair
Subsequently, another individual by name Douglas Seidu, a concerned Ghanaian, also petitioned the President in August 2017, seeking the removal of the EC Chair, on grounds of “financial misconduct, incompetence, conflict of interest, breaches of the public procurement processes, amongst others.

It is an eight-paged petition” according to the Director of Communications at the Presidency, Eugene Arhin, who spoke to Citi News in August.

President Akufo-Addo in accordance with the constitution forwarded both petitions to the Chief Justice to look into the matter.

Suggestions are that both petitions have been consolidated to make the committee's work easier.