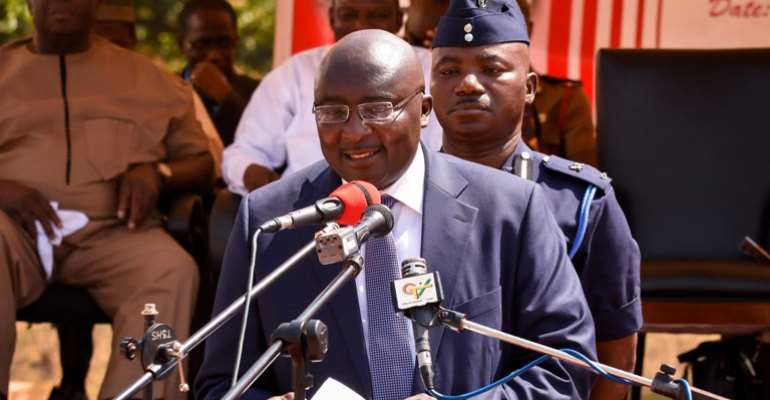 Mr. Samuel Namoog, General Manager (GM) of the Naara Rural Bank has called on government to implore strong business bonds with Rural Banks in the country and channel funds meant for its flagship programmes.

He also called on government to repose confidence and trust in the rural Banks to deliver on such national exercises as they were close to the people at the rural communities who appreciated Rural Banking better.

Mr Namoog made the call when he addressed shareholders of the Bank during its 27th Annual General Meeting at Paga in the Upper East Region.

He stated that Rural Banks, especially Naara would achieve their core mandate of serving rural communities interests if government considered the proposal and redirected the funds, especially the Assemblies Common Funds through them.

Some of the Shareholders the Ghana News Agency spoke to, affirmed the GM's call and referred to some disbursements including the Micro Finance and Small Loans Centre (MASLOC), the Livelihood Empowerment Against Poverty (LEAP) as areas that could be mechanised through the Bank to check misappropriation and misapplication of these funds.

Mr Namoog justified the need for the proposal stating that the Bank had instituted pro-poor products designed to promote growth in communities including its Credit with Education (CWE), where customers were granted loans and educated on their business areas in order to maximize profits.

Mr Namoog said other products of the Bank were; Susu collections with loan packages, where customers made daily contributions and had access to loans, as well as Child Educational Trust Account, which enabled customers to save towards their children's education in future.

While calling on the public to patronise their products, the GM used the opportunity to appeal to loan defaulters, especially shareholders of the Bank to endeavour to settle their indebtedness to enable others also benefit from the facility.

He said loans recovery and advances improved considerably during the period under review and indicated that it was as a result of intensive efforts by the Board, management and staff of the Bank through persistent visits to defaulters.

Mr Anangah warned that the Board and Management would be compelled to publish list of loan defaulters and further use court actions to recover overdue loans from shareholders and customers who had not paid off their loans and therefore appealed to them to continue to buy more shares to strengthen the Bank's operations.

Mr Pascal Nkulenu Zinzendorf, Manager of the Bolgatanga Branch of the ARB Apex Bank in a speech read on behalf of Mr Kojo Mattah, the Managing Director of the Bank, reported that the NRB did not fall into the category of Banks with Non-Performing Loans (NPLs) in excess of the industry's benchmark of 5 per cent per the report of the Efficiency Monitoring Unit (EMU) of the ARB Apex.

'I urge you to continue to follow the best practices of quality credit appraisal, efficient monitoring of credits and strong recovery systems,' he added.

Mr Rockson Ayine Bukari, the Upper East Regional Minister, in a speech read for him, said it was government's expectation that key players such as Rural and Community Banks in the economy would position themselves well to support the implementation of its programmes and policies.

'One of the ways Naara Bank can do this is to increase its coverage to all Municipal and District Assemblies in the region to cover more unbanked population.' The Minister suggested.

The Bank was the first Rural and Community Bank (RCB) opened in Northern Ghana on July 9, 1981, and currently has seven branches located at Paga, Navrongo, Bolgatanga, Sirigu, Pelungu, Chiana and Tongo all within the region.