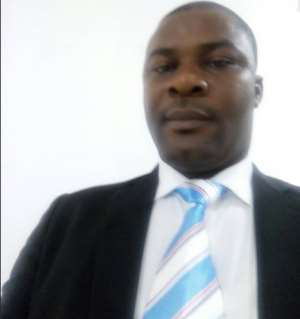 Electricity power is a "necessary evil" and it's a good servant but could be a bad Master if not managed well as Afram river can be electrified and innocent souls may be electrocuted. It is an open secret that the facility that connects Afram plains to the National Grid has developed fault at the connecting point at Ekye-Amanfrom in the river and this has the tendency for disaster if not expeditiously and comprehensively repaired.

Continuety and proper management of National Asset without entrenched Partisan ideology will vividly encourage all to be of good citizens and not spectators.

The Government of Ghana led by former President JJ Rawlings connected Afram plains on a temporary fix under a marine project and since then consumption and expansion have increased but the system remain the same.

The frequency of black- out has imperatively compelled me to add my voice to the numerous voiceless to echo the looming disaster if not prevented God forbid if it explodes.

The effort by ECG can not be under estimated therefore,no excuse can be tolerated if we fail to plan and act accordingly.

Since 2016,the frequency of black-out is getting worse and it's to remind us that no system is perfect; however, the said project was to be temporary. The Afram river covered 2/3 of the Eastern Region and residents are predominantly Fisher folks and crop farmers.

In quest to prevent the above mentioned subject, I suggest the following :(1)ECG to Re-direct it's power supply connectivity to Afram plains through AGOGO in the Ashanti region (2)Govt should endeavour in the process of constructing the much needed and awaited bridge over Adawso-Ekye Amaanfrom stretch,the lines must be relocated and placed under the covers off the bridge because Technology has evolved.

What a world could it be without a man made DISASTER that could have been preventable.