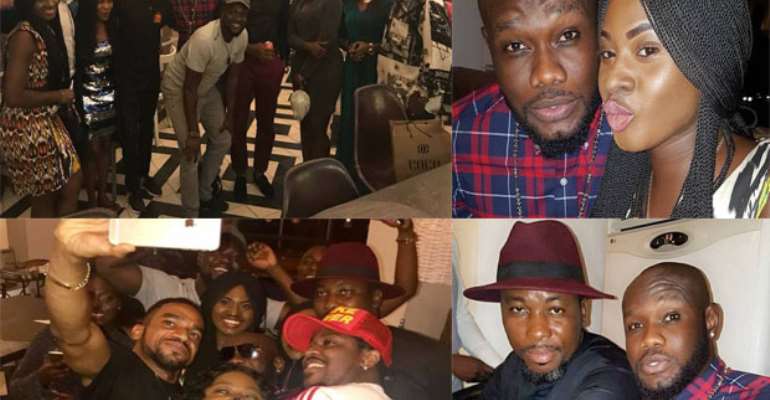 Prince David Osei Celebrates With Friends At His Birthday Party

Actor Prince David Osei on Saturday night held a dinner gathering to, as part of his birthday, celebrate with some of his friends in the showbiz industry at the plush Coco Lounge in Accra.

The actor, who recently returned to Ghana from America, where he has been shooting a new movie, celebrated the actual birthday last week Thursday while he was on set in Ghana.

The gathering was to celebrate with his friends he calls real family.

While they ate and drank, they reminisced some of their jovial moments on some of their movie sets. A happy birthday song was sung for Prince David, after which he cut his birthday cake.

Prince remains one of Ghana's relevant actors. He was recently among international models who walked the runway at the 2017 edition of Washington DC Fashion Week held in the USA.

He modelled in designs by Anjoreen Couture at the fashion week, which is one of the world's biggest fashion events that took place from September 21 to September 24 in Washington.

He was named as the brand ambassador for the 2017 edition of Hollywood and African Prestigious Awards (HAPA) in the USA after that fashion event. He also shot a film in America before returning to Ghana shoot another movie.