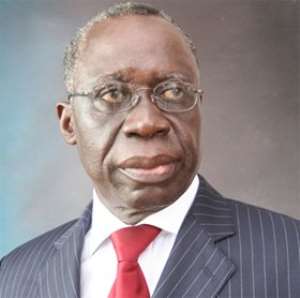 Cabinet has approved the reformation of the education system to place more emphasis on Technical, Vocational Education and Training (TVET), Senior Minister, Yaw Osafo-Marfo, has announced.

This, he said, it was convinced was the path to travel to produce the required technicians and engineers to support the nation's industrialization and reverse the growing youth employment.

He was addressing the 60th anniversary of Saint Paul's Technical Institute at Kukurantumi in the Eastern Region.

Mr. Osafo-Marfo said under the reform, the Ghana Education Service (GES) was going to have two Director-Generals, one for general education and the other for TVET.

He said all the 282 public technical, vocational education and training institutions scattered under various institutions, departments and ministries would be brought under the GES.

He added that this would allow for proper funding and standardization.

He said a five-member inter-ministerial committee had been set up to oversee the smooth and successful implementation of the new policy.

She said unlike in the past, there was now no limitation on the academic progression of TVET students - they could continue up to the doctorate level.

She called for adequate funding of the technical and vocational institutions to produce the requisite technical manpower to drive the country's development.

Mr. Benjamin Adjabeng, the Principal, appealed for the construction of an assembly hall, teachers' bungalows and improvement of roads running across the school. GNA