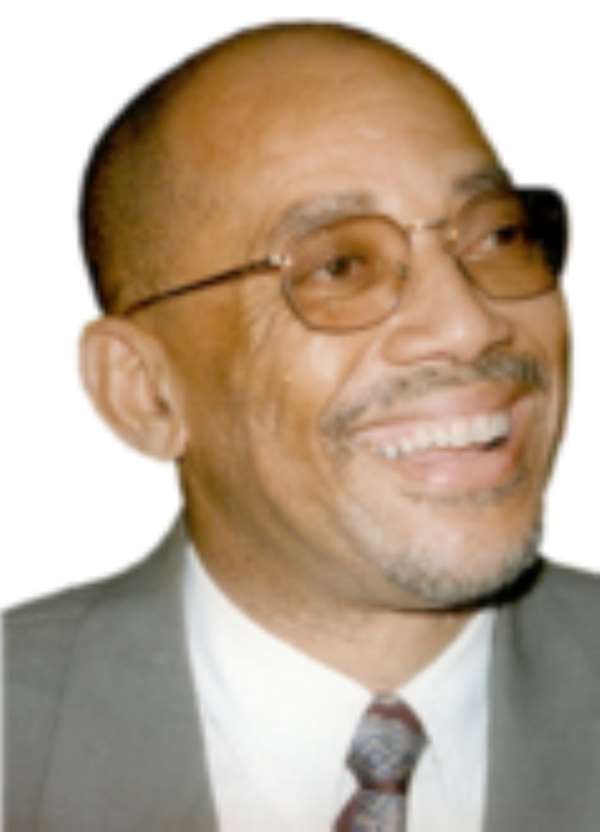 May 30- Acting Commissioner condemns press outcry of President's purchase of the hotel June 21-Chief Kufuor holds secret meeting with CHRAJ boss July 7- Emile Short is flown in from Rwanda to help in cover-up July 12-Emile Short appears at office to begin cover up So determined is President Kufuor to avoid a public Enquiry into his fraudulent purchase of Hotel De Waa Waa that he has had Mr. Emile Shorte, the Commissioner for Human Rights and Administrative Justice flown in secretly from Rwanda to give the CHRAJ the legal technical strength to investigate the case Currently, instead of three commissioners as is legally required to make up the commission, only one, Ms Anna Bossman, is at post. Emile Short, the head of the 3- member commission is on secondment to the International Court of Justice in Rwanda which is trying those accused of human rights abuses during the Rwanda Genocide.

The third commissioner has retired. Ms Bossman is acting as head of the commission in the absence of Emile Short.

In a desperate bid to have CHRAJ cover-up up the stinking fraud under the pretext of investigating it, Mr. Short was flown in quietly on Thursday, July 7th, 2005 to collapse the argument that with only one commissioner instead of the three, CHRAJ was technically incompetent to investigate the case.

Mr. Short was sighted by DEMOCRAT scouts at CHRAJ's office on July 12th and sources say he has resumed work at the commission .

In a related development, the NATIONAL DEMOCRAT can state authoritatively that on 30th May, 2005, at a seminar for Human Resource personnel of the commission at Erata Hotel at East Legon in Accra, the acting CHRAJ commissioner, Ms. Bossman attacked the press for condemning President Kufuor's acquisition of the hotel. She asked the personnel not to make any public statement on the scandal because she would adopt a strategy to quench it.

The acting CHRAJ boss again repeated the statement on the same day at the Miklin Hotel also at East Legon to another group of CHRAJ workers who were at another seminar.

On the 30th of May, in furtherance of CHRAJ'S bid to cover up the scandal for the Kufuors, Ms Bossman secretly met Chief Kufuor, the 41 year old qualified accountant at the commission's offices behind closed doors. Stay tuned for more